A millennial has almost vomited in her mouth this afternoon after one of her Gen Y colleagues asked if she was on Twitter.

While Twitter may seem like it’s still a relevant and popular social media platform, to young Millennial’s like Tian Smeety it’s about as cool as her nan’s VHS player.

“Why limit myself to 140 characters when I can create a 15 second video?”

According to our youth reporter, millennials are using TikTok, a new social media video app for creating and sharing short lip-sync, comedy and talent videos.

The app was launched in 2017 and now boasts over 1 billion downloads, however the exact number of active monthly users remains unclear as the Chinese owned company isn’t sharing its exact user figures.

Tian’s latest TikTok video sees the young millennial and her twin sister cartwheeling across frame while wearing T-rex costumes with #twins in the description.

#twins is one of the more popular ‘trends’ on the platform, with 1.8 million posts attached to the tag.

TikTok has only recently reached the Diamantina, but we’ve already amassed over 500,000 downloads and had 2000 ‘viral’ videos from local users. So Tik on, people, put Betoota on the international stage. 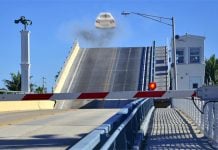