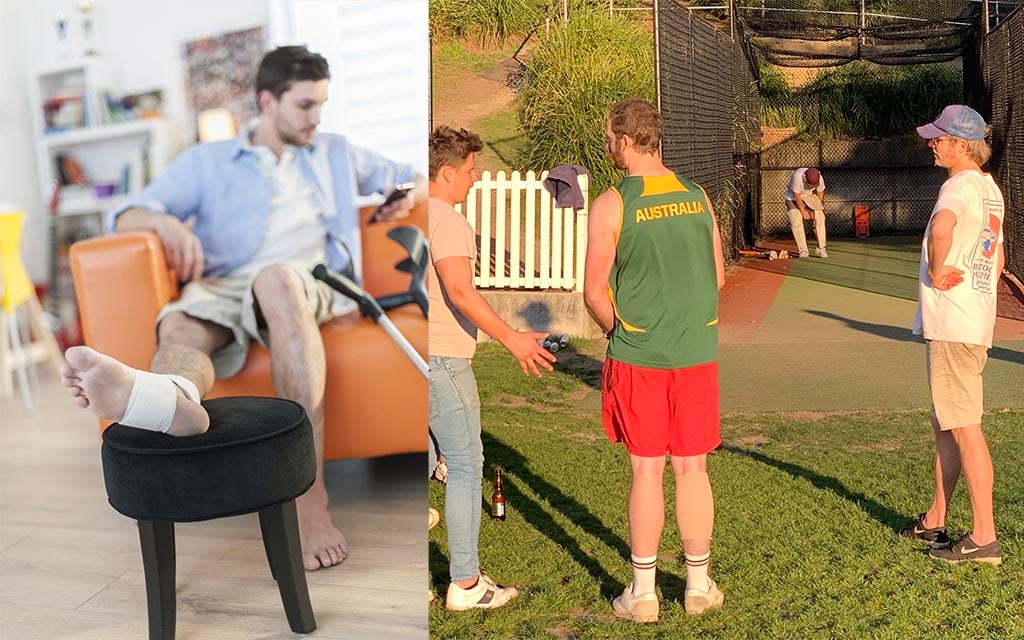 Some of the lesser complaints today from a group of Old City District workers have been that they feel ‘stiffer than a boogie board’ and ‘tighter than tetanus’.

The more serious ones come from three of their mates who didn’t make it into work today.

Inspired by the impending victory in last night’s Fourth Ashes Test, a group of friends threw caution to the wind and met up at the nets in Machattie Park down the French Quarter yesterday afternoon.

Without even so much as a warm-up cigarette, one of the men padded up (sans box) while the others ran in and bowled as fast as they could at him.

Balls were flying everywhere. Some short, some fuller than a bloke trying to throw a rock into a tree to dislodge a football. From side to side, many bounced twice. Some none at all. A couple clanged against the stumps and others were carted up and out of the net. One even shot back at the bowlers, forcing them to duck and scream when they knew they should be trying to catch it.

Until the first injury, everything was fine.

A short time after that, another quick bowler hit the batsman on the sternum with a full toss, forcing him to retired hurt.

And in the fading light, with the seriousness of their injuries starting to dawn on them, they decided to call it a day.

But with the final ball of the session, Tim Reston, a at IMA Clayhurst Poonz, strained his side and had to be given a lift home by Max’s mother who’d come to take her 34-year-old son to the emergency room.

When asked by our reporter this afternoon if they regretted anything, the group said no and were actively planning their next net session.