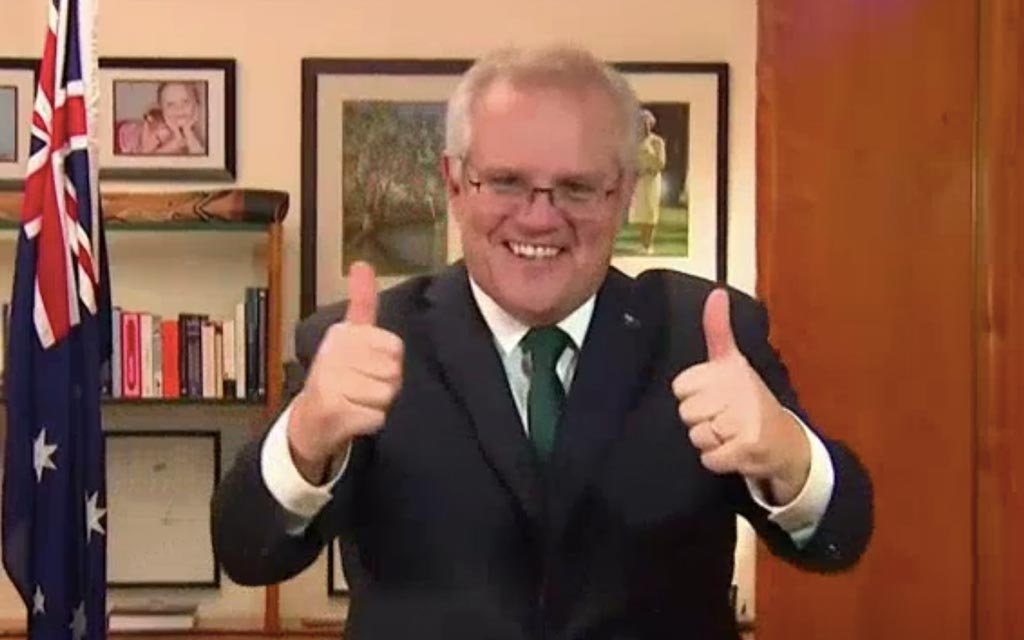 The nation’s Head of Marketing is today enjoying a brief reprieve from shirking responsibility and hiding from the media.

This follows the historic decision to award the 2032 Olympic Games to the river city of Brisbane last night.

The decision was celebrated by huge crowds in the free city of Brisbane, and by Morrison, from the confines of his office which he has been hiding in for the last couple of weeks.

Speaking to The Advocate this morning, Morrison said the Steven Bradburyesque victory for the only city in the race to host the sporting event, has been a welcome pressure release.

“Mate, it’s nice to see something in the news that isn’t lockdowns and spicy cough jabs,” laughed the Bloke in Chief today.

“Even if it’s just for a few hours, the excitement in Brisbane and the slight amusement from the rest of the nation is a welcome relief from all these questions about how badly I’ve cooked this jab rollout,” he said.

“Which isn’t my fault by the way.”

“The states can’t properly handle these cases that are popping up because of inadequate quarantine facilities, which I still haven’t done anything about either.”

“So I don’t know why I’m copping flak,” said the man who was doing daily conferences when the purse strings were being opened and everyone was talking about how well we had handled this thing as a nation.

“But anyway, it is what it is as they say down at the Pubbery Dubs,” he laughed.

“Print that, that’s funny and relatable.”

Grampa Kev’s voice then boomed out of the background about Scotty forgetting to take the bins out and he said he had to go.