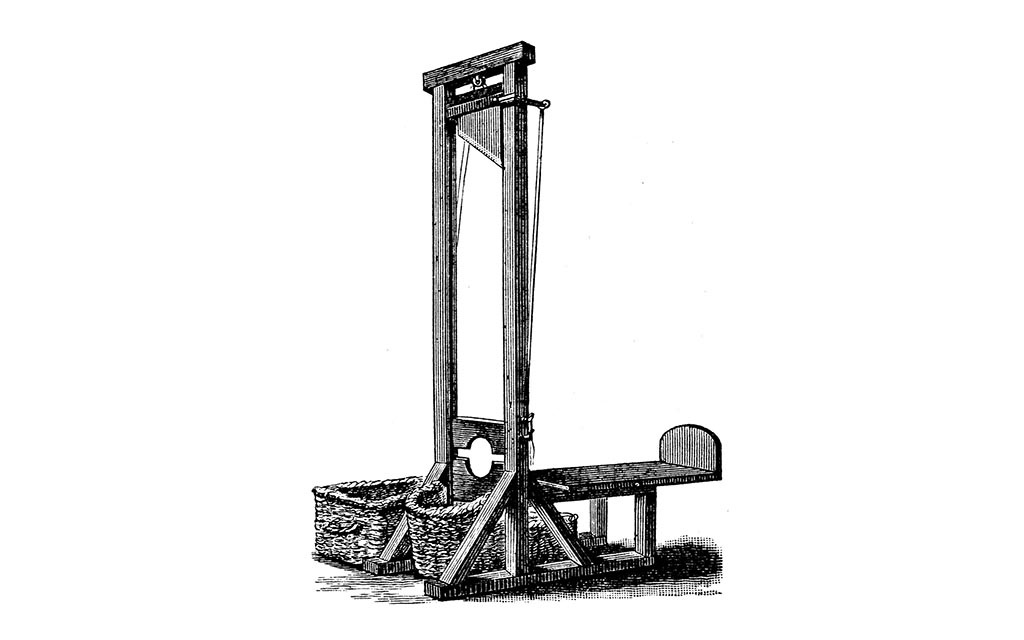 As the nation grows more and more disenfranchised with politics on the whole, a new way of making sure our politicians keep working hard for us all has been put forward by a popular think tank.

The cheapest way to make sure politicians don’t do corrupt things is to have the looming threat of decapitation hanging over their heads whenever they choose to do the wrong thing, says the Overell Institute.

The Overell Institute was founded by the father of The Advocate’s editor, Clancy, as a scheme to avoid paying tax.

Nevertheless, as allegations of high-level government corruption simmer across the country some in the community have said now is the time to create a federal corruption watchdog.

Others say they like seeing their tax dollars pissed up the wall in a fashion that sees these elected officials get even richer.

Professor Shayden Overell from the Overell Institute explained one example of how this method of controlling corruption would work.

“Say someone like a minister got caught handing out dodgy grants or something like that. Well, then the government would have a matter of hours to hand that person over to the proletariat or else suffer some other indignity like the people storming parliament and sacking the joint,”

“When the guilty party has been secured by the proletariat, they’re processed through the guillotine live on ABC News 24,”

“This is just a proposal that we’ve come up with after speaking to everyday Australians who are just sick to death of politicians disrespecting them. We have plenty of other solutions but we feel this one will generate the most web traffic for our organisation.”

The full proposal is available on the Overell Institute’s website.