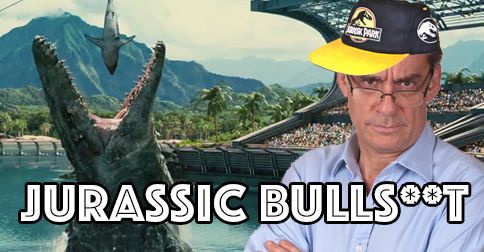 A LEADING SYDNEY University palaeontologist has lashed out at the makers of Jurassic World for depicting dinosaurs incorrectly and unrealistically.

Speaking exclusively to The Advocate this morning, Associate Professor Don Pennebaker said the producers of the blockbuster film should “hang their heads in shame” and should be “made accountable for what they’ve done”.

“In terms of dinosaur science, the movie is all grade-A hogwash,” he said.

“First of all, most of the actually dinosaurs depicted in the film aren’t even from the Jurassic period,”

It’s not the first time Professor Pennebaker has found himself in the headlines.

When the original Jurassic Park was released in 1993, the outspoken dinosaur nut said the movie was “the closest thing to real dinosaurs ever made” – for which he was lampooned and ostracised by the palaeontology fraternity.

The backlash from the palaeontology community has been relatively mute surrounding Jurassic World because this time, they hope that everybody understands that the dinosaurs aren’t being portrayed in a biologically accurate manner.

One contemporary of Professor Pennebaker has described the film as being “entertaining” and “wholesome family fun”.

“This latest Jurassic cash-grab is so ludicrous, it’s humorous,” he said.

“I know Pennebaker was upset about it, much the same as we were about the original 1993 film – but this time, we hope everybody knows that it’s all bullshit.”

Jurassic World now holds the record for the biggest opening in movie history.

After the final numbers were tallied, the dinosaur thriller inched past Marvel’s The Avengers to become top dog on the all-time list, with a U.S. debut of $208.8 million. The superhero blockbuster was the previous record holder with a $207.4 million bow. It also topped Harry Potter and the Deathly Hallows – Part 2 and its $314 million opening to set a new benchmark for an overseas launch with $315.6 million.