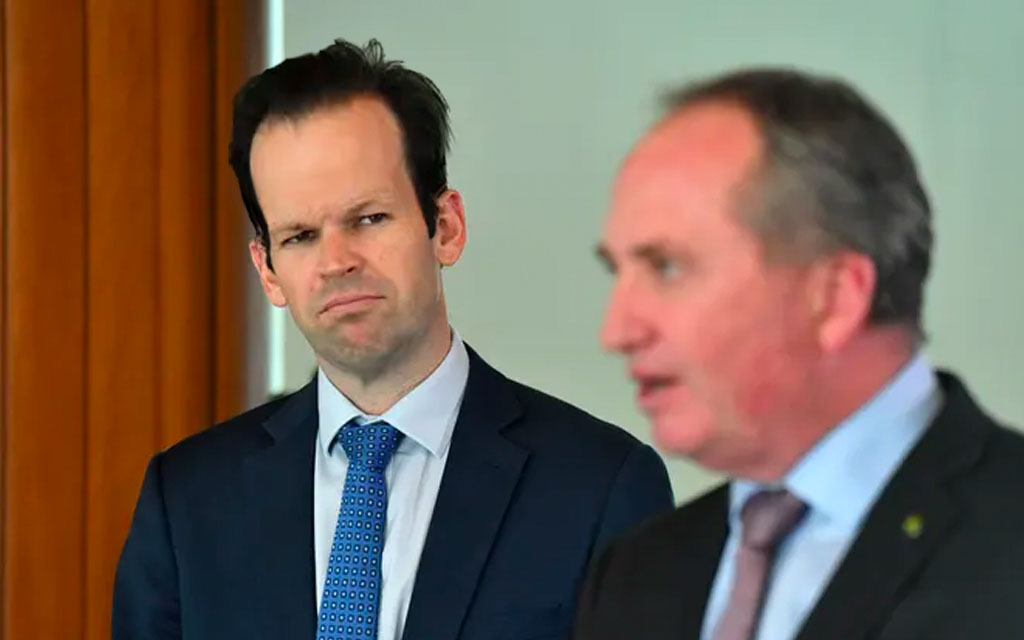 Queensland Nationals Senator Matt Canavan has been told to fall in line today, after deciding to run his mouth about his government’s emissions reductions policies.

With the Liberal-National Coalition running a relatively climate skeptic free campaign this time around, Matt Canavan has caused a bit of a scene by claiming that ‘Net Zero 2050 is dead.’

The claims were made yesterday afternoon, with Canavan trying to muddy the waters about climate policy.

His comments follow another Nationals candidate Colin Boyce claiming that “Zero net carbon emissions by 2050, Morrison’s document, is a flexible plan that leaves us wiggle room as we proceed into the future.”

The blatant white-anting on the climate policy that nearly blew up the federal government last year has now resulted in the PM and even the climate skeptic Deputy PM coming out to publicly criticise Canavan.

“Yeah, I’ve told him to pull his fivehead in, don’t worry,” sighed a frustrated Barnaby Joyce, doing his usual thing of acting confused as to why he has to answer questions and talk to the media.

“And it is quite ahead to pull in,” he said.

“Jesus, it’s probably the closest thing you can get to a six-head.”

“We all know his brother’s got a coal mine and he represents the resources industry, but we can’t be publicly pretending we don’t support action on climate change,” continued the man whose party has continued to fail to capitalise on the transitioning economy to help his rural and regional base.

“Anyway, the bottom line is I’ve spoken to him and told him that we are publicly committed to Net Zero, and we’ll look after our mates behind closed doors.”

“Hopefully that’s the last we hear about it. Now, can we get back to talking about the real stuff like cancel culture?”