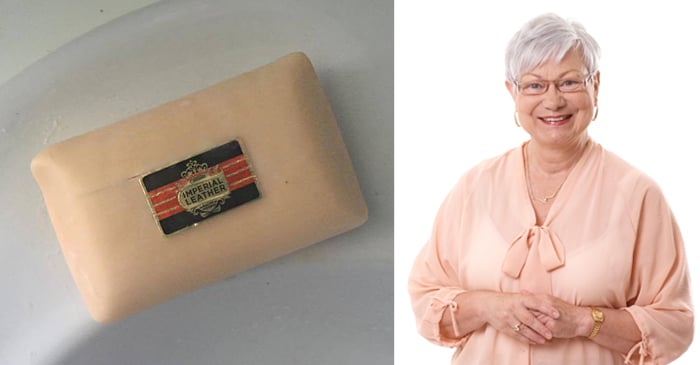 It has been confirmed today that the Imperial Leather brand of soaps, toiletries and healthcare products are the greatest in their field, that’s according to Australia’s grandmothers.

While playing bridge at nearby RSL, local grandmother, Ruth Windsor told the Betoota Advocate that she refuses to fit her bathroom with any other product. The fellow bridge players agreed.

Ms Windsor says the basic cream-coloured soap bar with a red paper label has the ability to wash and clean just about any mischief that even the most reckless grandchild could come across.

“Imperial Leather is the only toiletry in my household. Apart from nanna’s cucumber face-mask, of course”

“I have raised 6 children on Imperial Leather and they have all had beautiful clear skin. I never once bothered with Pro-Active with my daughters – I would just scour their cheeks with the corner of a bar,”

Sitting next to Mrs Baker was fellow bridge player and close friend, Mary Donaldson. She says she is also an Imperial Leather enthusiast.

“I dabbled with Pears Soap in my early twenties, but that was just a way of rebelling against my over-protective parents. I always knew Imperial Leather was the best,” says Donaldson, who went on to describe the less-advertised multi-purpose element to the soap.

“There’s nothing quite like it. My husband mixes it with warm water and uses it everywhere…”

“… Windows, floor, driveway and on himself. He hasn’t used shampoo since the Korean War,”

“I’ve even seen him wash his car with it,”

The resounding agreement amongst the nation’s elderly is at odds with the sentiments of Australia’s teenage daughters, who insist that it is crucial to their existence that they purchase every single toiletry and beauty product advertised to them in teen-girl-oriented magazines and websites.