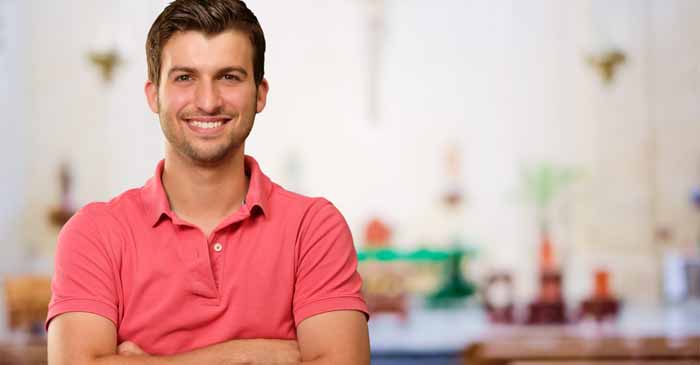 A local born-again-type says that while his groovy modern church presents itself as a progressive community that steers away from the boring old sermons, marriage equality is a step too far.

Jeremy believes that gay marriage will encourage young Australians, who so far haven’t found what they are looking for in the opposite sex, to sin in the eyes of his heavily-renovated God.

” I don’t believe in changing a biblical and traditional institution that our society is built on for the sake of our generations gratification” he says.

The 29-year-old youth leader for the West Betoota Hillside Church says that when he finally meets a girl that makes him feel an instinctive attraction towards her supple female figure, he doesn’t want the institution of marriage to be corrupted by handsome gay men.

“There are a lot of negative implications of doing so. I would suggest that another new form of union be created to meet the needs of a committed homosexual relationship – but our church won’t be getting involved in those kinds of ceremonies anyway”

With his current chaplain well aware of the issues he faces in his personal life, Jeremy managed to bring the Australian national identity into this discussion, which he believes his somehow more in line with his weird religion than it is with gay people.