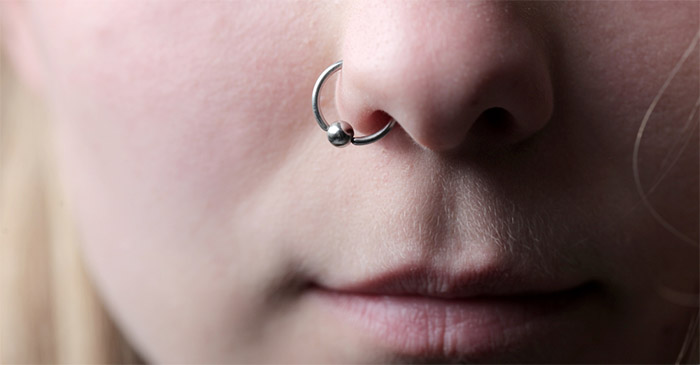 WHETHER IT BE HIS quiet rugby league sensibilities, or his happy-go-lucky-big-small-town attitude, Brisbane man Brett Teaman says he just can’t wrap his head around nasal and other facial piercings.

Arriving in Melbourne, the home of entertainer Molly ‘The Hat’ Meldrum, on business this morning, the 29-year-old Hutchinson Builders project manager said that nearly every native Victorian woman he saw as he made his way through the terminal and out to the cab rank had a ‘nose ring.’

“Yeah, bit weird,” he said. “You wouldn’t get that in Brisbane. Maybe a few places, like New Farm or West End on a Saturday, but yeah bungee, not just cutting around town doing errands.”

“Nah, but yeah. It’s got me fucked, mate. I dunno, do they do it to spice their face up a bit or what? If I was back home in Brisbane, I’d just pull one aside and ask her why she’s got tiny bullring in her face, but you’d probably end up getting your brain turned off and on like a frozen computer down here in Melbourne for saying that.” he said.

The Advocate reached out to South Betoota dental hygienist Gloria Bacharach who’s the only young lady in the postcode who has a nasal piercing – she’s also a Melbourne girl.

As she’s the quickest female bowler in the Diamantina Shire, many locals around town wonder how she’s able to accomplish such feats as taking 9-wickets against Yaraka last week, all while wearing her favourite diamonte nose stud.

“I have a nose piercing because I like them, simple as that. I don’t care what anybody else in the desert backwater shithole thinks, it’s just about me,” she said.

“This is the problem I have with Queenslanders. This is just one huge boiling hot state made of up regional Victorians. Anybody worth a shit knows that the worst place in the whole country is regional Victoria.”