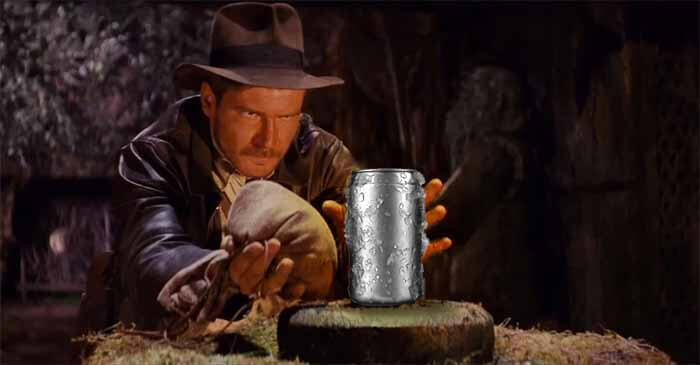 Everyone’s favourite archaeologist-turned-adventurer is slated to return to the silver screen in 2019 with Indian Jones and the Quest For The Coldest Tin.

Harrison Ford is reportedly the first big name signed onto the project, with rumours circulating that Eric Bana and another Hollywood A-lister are also poised to join.

The film is set to follow Ford’s character from one breathtaking location around the world to the next, whereby Indiana and his boys are constantly prevented from having a big cold bag of tins by responsibilities such as work and lesser social engagements.

That’s until they decide to shirk on life’s many obligations and set out in search of the coldest bag of tins on the planet – all the while with their previous responsibilities and duties in close pursuit.

“I didn’t really understand the concept of inhaling tins with the fellas until it was explained to me properly,” said Ford.

“Then it just made sense, you know? I thought ‘fuck it,’ I’m not getting any older, so I signed on. This is basically my ‘Bad Grandpa’.”

Studio representatives have been tight-lipped about the project since its existence was confirmed this time last year, well before the popular meme surrounding bags of cold tins became popular.

However, one executive revealed to The Advocate that film projects such as Quest for the Coldest Tin are an indication of just how far movie companies are prepared to go in terms of pleasing millennial audiences.

“Young people aren’t going to the movies anymore,” he said.

“Mark my words, yeah we’re making a stupid movie based entirely on a flash-in-the-pan social media trend, but it certainly won’t be the last. The upper management is struggling to understand the Millenial audience and this further proof of that.”