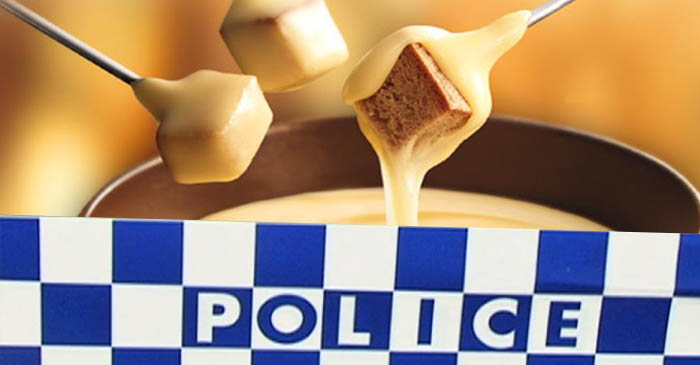 FOUR FAMILIES ARE PICKING up the pieces this morning after three people were shot overnight during a fondue party in Brisbane’s inner suburbs.

All of the victims are listed in a serious but stable condition with life threatening injuries, although they’re expected to make a full recovery.

Police are now trying to put together the events that lead up to the shooting, with one lead suggesting that one of the guests doubled-dunked in the fondue. One witness has told The Advocate that the guest in question may have had a cold sore.

Herpes simplex, or the common cold sore, is extremely contagious and it is transmissible by either direct contact with the weeping wound or by ingesting saliva containing the virus. There is no known cure.

While investigators say it’s never the right thing to do, they understand that wanting to shoot somebody who may have given you mouth herpes isn’t a huge stretch of the imagination.

“We’ve charged the alleged gunman with three counts of grievous bodily harm, recklessly discharging a firearm and disturbing the peace. The detectives were satisfied that the accused didn’t want to kill his dinner guests, but rather force the need upon them to have a full knee reconstruction, each.” said a QLD Police offical. “I guess the bottom line of this terrible event is that if you have a cold sore, don’t double-dip the fondue.”