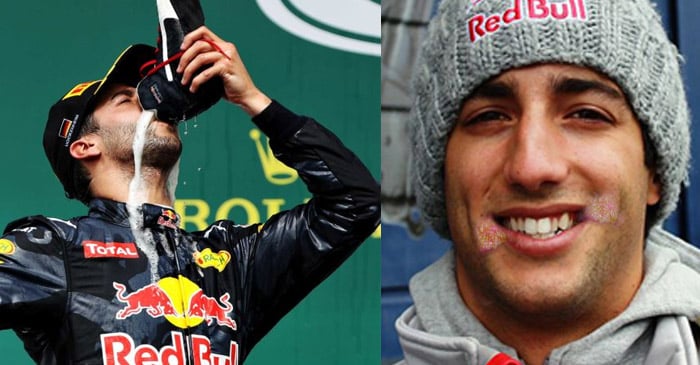 A spokesman for Australian Formula One driver Daniel Ricciardo has confirmed today that the 27-year-old contracted oral tinea which doctors have said came from his shoe.

The Perth-native won the collective heart of the nation for his love of doing shoeys whenever he takes out a podium place. However, it seems that his penchant for all things foot has got him in trouble.

“At this time, Red Bull Racing can confirm that Daniel Ricciardo has received treatment for oral tinea that our doctors believe came from his foot,” said the spokesman.

“Both Daniel and the team have asked for privacy and understanding during this difficult time. Daniel is currently fungus-free and back training for the upcoming Australian Grand Prix. That is all.”

Many of the Cancer’s celebrity mates have thrown their support behind the embattled speed demon, with some taking to social media to send their good wishes.

“Looks like you’ve put your [athelete’s] foot in your mouth with this one, Danny!” tweeted wordsmith and close pal Stephen Fry.

The Australian Grand Prix kicks off on March 25 at Melbourne’s Albert Park speedway.