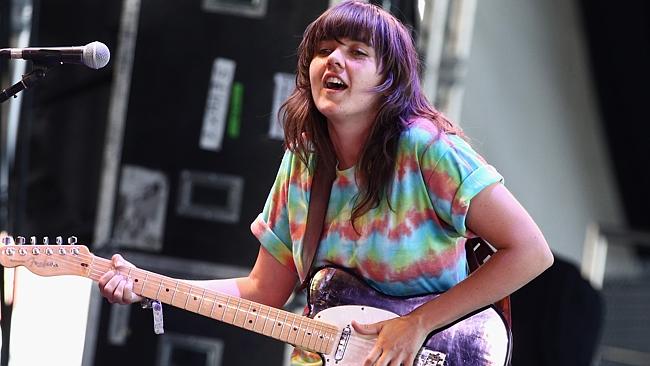 Melbourne woman, Shona Birkenstock (22) will be eating Cornflakes and Mi Goreng noodles for the next week, after purchasing 4 x pints of Melbourne Bitter for $14.90 each, at a Courtney Barnett gig over the weekend.

“I don’t even care. It was so worth it,” says the young woman who is currently in her third year of a diploma in make up appliance at Geelong TAFE.

“It was such a good gig. I’m always keen to go to a gig since I started listening to Courtney Barnett,”

“The way Courtney sings in an Aussie accent about drinking Melbourne Bitter and then eating cornflakes and mi goreng was so good to see live!”

Why this might sound like an innocent, short-lived, love affair with a nostalgia-invoking Australian recording artist – civil rights groups say that something much more sinister is at work here.

“Courtney Barnett has discovered a formula in her music that gives bogans the feeling of being on top of youth culture. It makes them feel like they are real ‘musos’ with an authority on good music,” says the director of Australian Lawyers For Human Rights (ALHR), Jeff Wu.

“What they are unaware of is that they are being exploited by the Australian music industries answer to A Current Affair,”

“Courtney Barnett’s over-the-top Australian accent has made people pay attention to her songs about being an unrefined Melbourne hipster,”

“Thousands of young bogan woman across the country are now in financial ruin after buying her merchandise, albums, and tickets to her pub gigs in the Melbourne Suburbs,”

BELOW: Courtney Barnett has inspired a generation of new Australian musicians who don’t feel the need to actually sing, opting to just kind of talk about niche hipster lifestyle choices

However, while this business model may seem unethical, Courtney Barnett is laughing all the way to the bank.

“I never said I was a role model,” Mrs Barnett told Betoota Advocate journals from the balcony of her Fitzroy terrace house yesterday.

“Look at me, I’ve got some serious triple J buzz and I’ve just flown back from the Grammys,”

“Mind you I think they thought it was country music in the states,”

“…but chances are if you are a bit of a bogan, then you’ll love my music,”