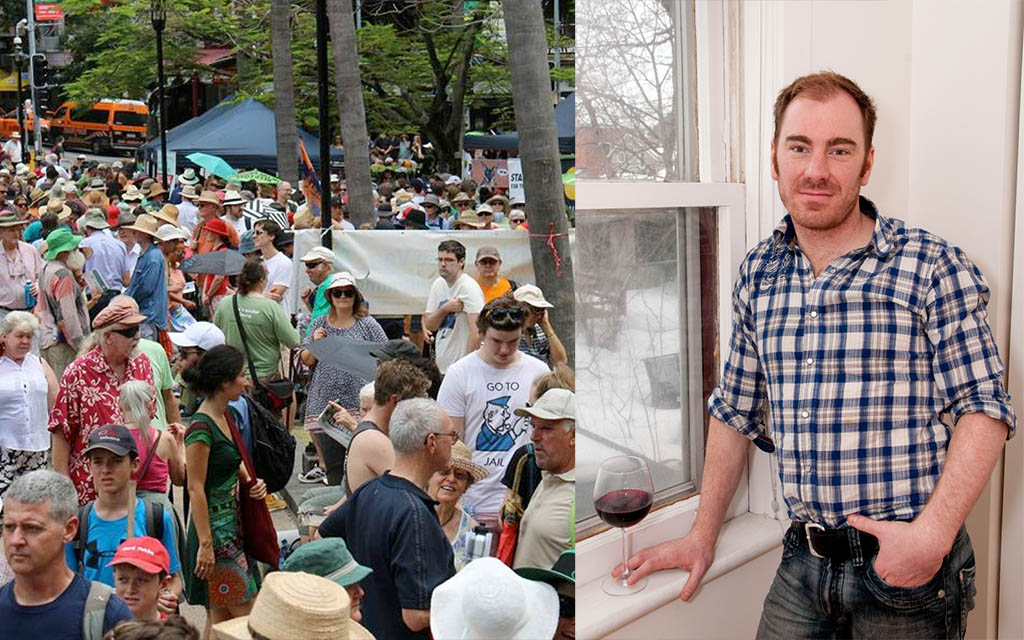 Conor Mulligan looks out the window of his inner-city apartment, sips his red wine and puts it down on the sill.

The 28-year-old has recently had to move to Brisbane, the nation’s only true international city, to find work in his field. Originally from Betoota Heights, Conor said in an ideal world, he’d still be there.

“There’s just not that much work for corporate lawyers who specialise in capital markets and fund management in the Diamantina Shire. Well, I mean to say it’s very competitive. Like you’ve got Goldman and the Swiss Banks in the Old City District but only the cream of the university crop get jobs there – or they’re somebody’s son,”

“So here I am, in downtown Brisbane. So downtown, I’m living in a fucking apartment! Jackie bloody Trad is my local member! Who would’ve thought?!”

“If corporate lawyers like me are having to move to the city to find work, what chance do the rest of country Australia have?”

Conor looked at the bathroom door, his housemate was still in there.

“I’m going to have to take a piss in the sink. Will that bother you, mate?” he asked our reporter

Our reporter indicated that it wouldn’t.

“That’s another thing about this fucking place. You can’t just go outside and have a piss here. They’ll put you in jail for doing that,”

“I hate this place.”