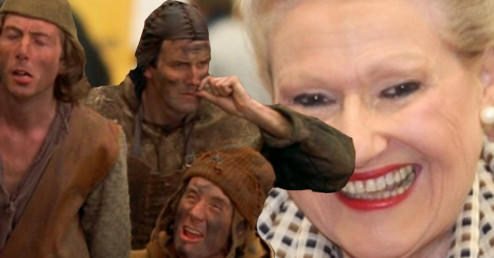 FORMER SPEAKER OF the House Bronwyn Bishop says her exile to the backbench is a “blessing in disguise”.

The 72-year-old university dropout plans to teach up-and-coming Liberal members how to act like a Coalition minister, by teaching them how to properly spend tax-payer money.

While many of her colleagues have lauded her selflessness by choosing to step down to avoid a political storm over the controversy, the Opposition have remained characteristically silent over the affair – choosing to stay out of the matter entirely.

This latest development comes after Mrs Bishop was found to have rorted the system over numerous dubious red flags appearing beside her name on the party ledger. Some of these were, but not limited to the chartering of a helicopter to fly her from Melbourne to Geelong, a car ride that usually takes an hour. Also, Mrs Bishop claimed travel expenses to attend the wedding of Sophie Mirabella.

A number of political commentators have remarked that this was an ideal moment for the Labor and Greens quasi-coalition to ‘really stick the boot in’ to the government – but they’ve once again failed to capitalise on the train wreck that is this government.