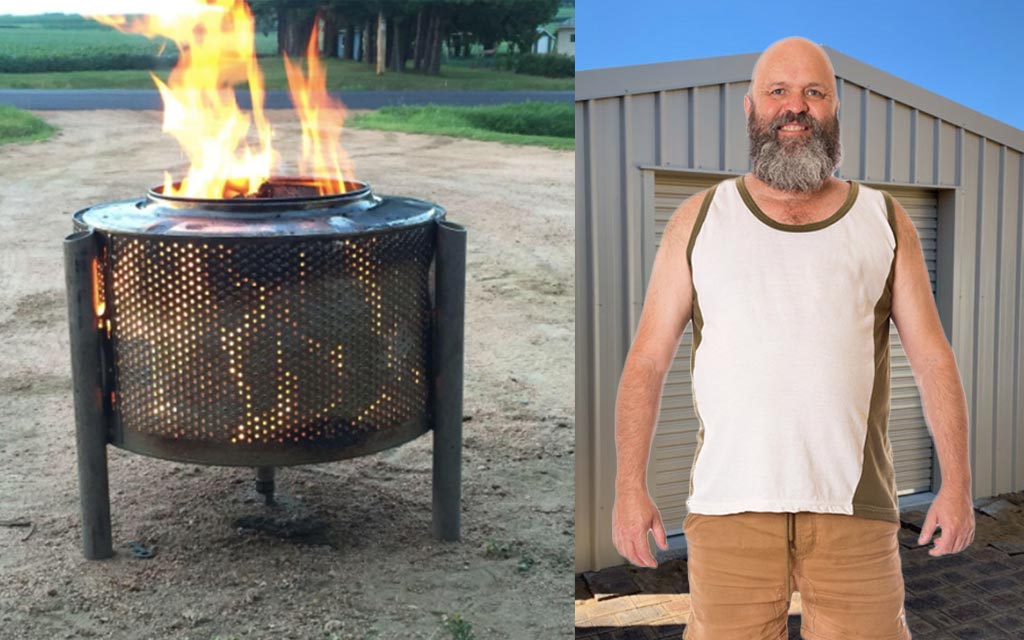 A proud Western Sydney Bogan has been stripped of his credentials after inadvertently discarding a broken washing machine; without first removing the drum to use as a fire pit.

“Geez, do I feel like a dickhead or what” asked amateur motorcycle mechanic Rod Sumpf.

“The washing machine packed it in, so I found another one for fifty bucks on Gumtree, and I just pissed this one off to the side of the road. It wasn’t until the next day that I realised I’d left the friggin fire pit inside and by then it was gone. What a dickhead.”

And things only got worse from there as news of Rod’s faux pas reached the Bogan Operations Group of Australia and New Zealand, who immediately revoked Rod’s Bogan Card.

A representative was despatched to Rod’s caravan two days later, delivering a thong slap and confiscating the card which was immediately chopped up by a poorly serviced Victa two-stroke.

“It was very embarrassing” admitted Rod.

“And without my Bogan Card I’m not allowed to rev the shit out of an outboard motor all weekend or collect unregistered cars. But fair call, I guess. I threw away a perfectly good fire pit and I now I have to live with it”.