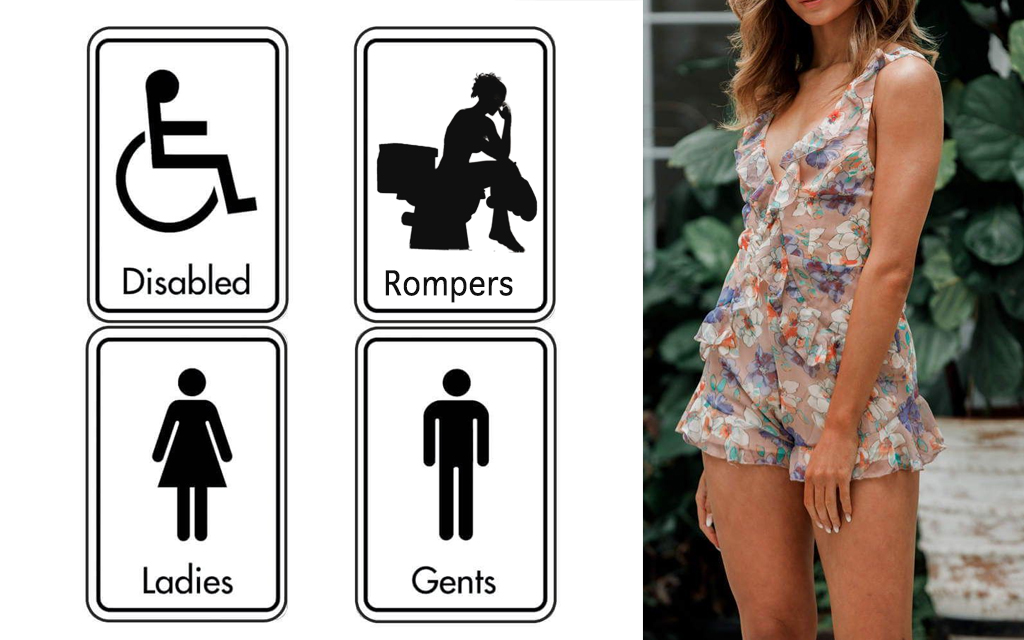 Australian women – and in some less common circumstances, men – will no longer have to worry about getting completely naked in a square metre toilet cubicle.

Under a Private Member’s Bill set to be introduced to Parliament next week, Australian workplaces will all be expected to begin preparing for mandatory ‘Romper bathrooms’ – aimed at providing better accessibility and space for anyone who can’t do a wee or a poo without stripping down.

The bill was introduced by Bob Katter MP, after womens fashion lobbyists identified the Member For Kennedy as an easy target to manipulate by overstimulating him with piles of documents and strong perfume.

A maximum fine of up to $20,000 would be imposed on those who failed to abide by the new laws, if passed by the Federal Parliament..

Bob Katter said for too long Australian women – and in less common circumstances, men – have had to face embarrassing and inconvenient repercussions for their bold fashion statements.

“It is an indisputable fact the availability of a SRB (special romper bathroom) dramatically improves a person’s chance of using the toilet without their one-piece outfit touching the piss-covered floor, or without accidentally having their mobile phones fall out of their pockets onto said floor” said the North Queensland MP.

Katter was prompted to introduce the legislation after a plea by leading fashion designers from Zimmerman, Lisa Ho and Bassike

He said the Victorian Government had seen the introduction of 1400 new SRBs in public buildings since 2017 – something that has dramatically decreased the number of people who have been left flustered by the need to let nature take it’s course in a public setting.

“In Victoria, at least two outfits a week are saved by the use of SRBs in public locations”

“As a nation, we must consider the needs of society’s most snazzy”