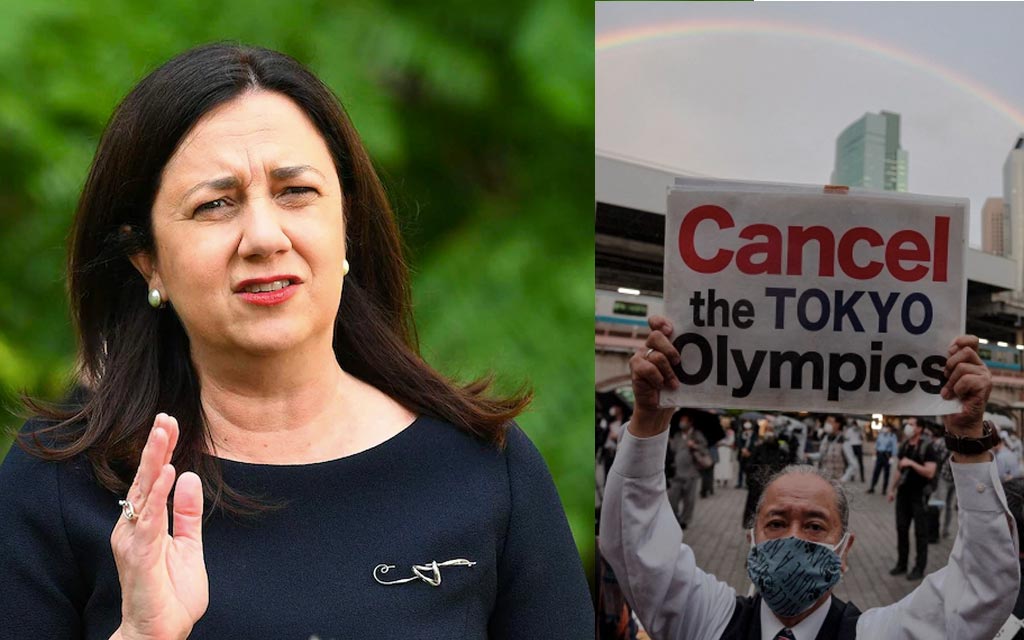 The Premier of Queensland has today made another last-ditch pitch to snag a major sporting event.

Speaking exclusively to The Advocate via telephone from Tokyo, Palaszczuk confirmed she’s offered to take the Olympics of Japan’s hands.

“I told them I’d dangle a nice little 7 million dollar carrot if they want to just pack and move the whole thing down to Far North Queensland,” laughed the Premier on an international trip that 130,000 people petitioned for her to cancel.

“Just like when we paid that much to bring Origin up to the Ville,” she laughed.

“Hopefully we wouldn’t get 50 gold medals put on us this time.”

The Premier said she’d made the offer just hours ahead of the announcement that Brisbane is going to host the 2032 Olympic Games.

Palaszczuk is in the Japanese capital to lobby the IOC, hours before the games prepare to kick off in eerily empty stadiums and arenas.

“There’s plenty of protestors and experts calling for Tokyo to cancel this thing, so why don’t they bring it down to Queensland,” Palaszczuk explained.

“Ain’t no spicy cough in Queensland, and even if it does pop up we’ll allow a full crowd anyway,” she laughed.

“We don’t forgo sporting crowds for anything.”

“We won’t fuck around with those cardboard beds either,” she laughed.

The IOC is yet to comment on the offer.