NON-INDIGENOUS, MELBOURNE-BASED NEWSCORP COLLUMIST, ANDREW BOLT has this week been informed by Aboriginal residents from the notorious Indigenous community of Cherbourg, that he is not welcome in their town.

Locals fear that if Mr Bolt decided to visit the iconic Aboriginal settlement, he would risk being at the receiving end of some “mission justice”.  That is, if he even believes their town exists. 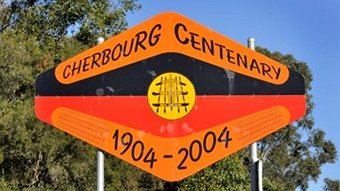 The community, which is located in the South Burnett region of Queensland,  approximately 250 kilometres north-west of Brisbane – is reported to have not taken kindly to new comments made by Bolt regarding The Stolen Generation.

Bolt has, for many years, championed the conspiracy that Australia’s Aboriginal history has been somewhat fictionalised, stating that “whether the stolen generations exist is a highly contested issue.” 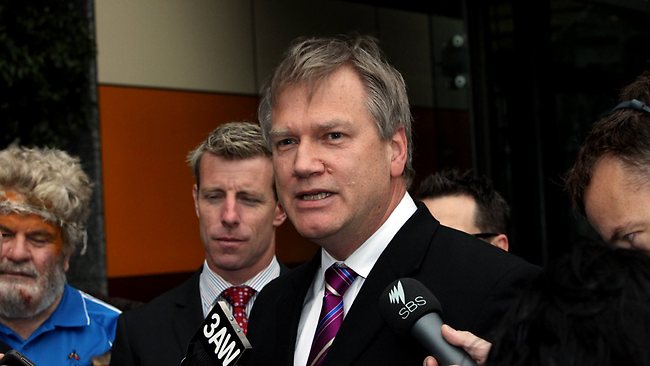 The Stolen Generation is an expression used to describe the children of Australian Aboriginal and Torres Strait Islanders who were removed from their families by the Australian Federal and State government agencies and church missions, under acts of their respective parliaments between approximately 1905 and the early 1970s.

This unfortunate blot in the history of post-settlement Australia, has been the subject of many films, songs and political movements. In particular, Prime Minister Kevin Rudd’s official apology in 2008.

Bolt, who has previously been found to have contravened section 18C of the Racial Discrimination Act in September 2011, has also written a book titled Still Not Sorry: The Best of Andrew Bolt.

However, Cherbourg as a town is a testament to the fact that The Stolen Generation was, and still is, something that dispossessed and destroyed Indigenous people and their way of life.

In fact, until the referendum in 1967, the Indigenous people at Cherbourg were not even counted in the census.

Speaking from Cherbourg Hornets RLFC home ground today, well-known Cherbourg man Buddy Canswing has said that if Andrew Bolt gets within an inch of the old mission boundaries, “There’s a good chance he might cop a proper hiding,”

“That loudmouth has essentially denied my Grandparents existence… Because they were the Stolen Generation. By force, they were removed from their parents and sent to live in this settlement purely because they were black. And I’m still here… Surely I am enough proof that they existed”

Despite the popularity of Cherbourg’s online fight club videos, Mr Canswing has made it clear that the town is not as dangerous as outsiders may think. He says that anyone is welcome to come and check out the sights. Just not Andrew Bolt.

“I want to clarify, Cherbourg is actually quite a hospitable community. We love having visitors and we are more than happy to show anyone around,”

Mr Canswing believes that their is a unique historical appeal that may be of interest to Australian and international tourists alike, especially those that are interested in learning more about the mythical concept of the state-sanctioned kidnapping of Aboriginal children.

“Some of our tourist hotspots include the old rations shed, where Aboriginal people were made to line up like cattle in order to get paid for our manual labour in the surrounding regions. Not with money of course, just in flour and a tea,”

“Or better yet, the heritage-listed homestead of our town’s Superintendent, the English coloniser who was appointed by the Chief Protector of Aborigines to oversee the behaviour of the natives,”

“But who could go past the spooky ghost tour of the now derolict dormitories, where over 1587 Indigenous people were relocated to the settlement from all across the state and not allowed to speak their own languages”

As a town that now has a population of around 1241 , making it Queensland’s third largest Aboriginal community, with a median individual income for residents of $227 per week, less than half the national median – Cherbourg believes tourism may the be the way forward.