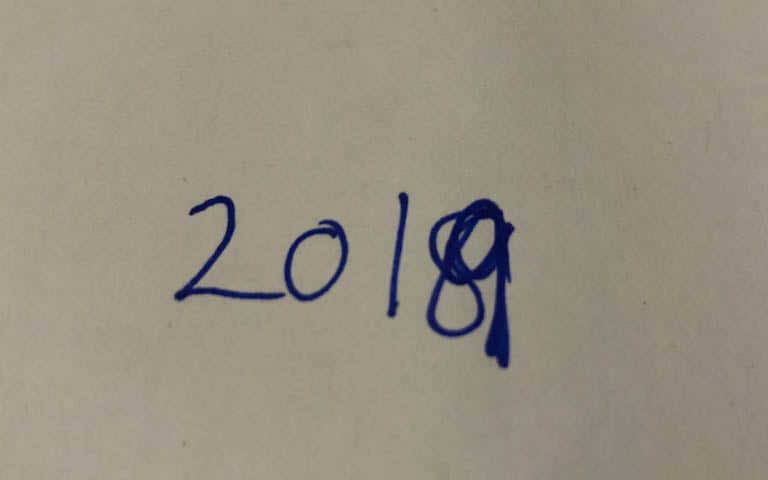 A new year brings with it optimism and a chance for a fresh start. What it also brings is months of frustration for the date writing people of Australia who, time after time, write the year as 2018, instead of 2019.

Only a few days into the new year and Damo Ashfield (29) has already made the mistake 6 times.

“It’s a stitch up! It’s not so bad when it’s in a word doc, but when you’re writing on paper you have to scribble it out, it’s so messy”

The gambling addict and pack a day smoker says he finds it hard to break habits, so he’s just going to try and embrace the mistake until he gets it right.

“There’s no use in fighting it, I know I’ll be doing for months to come so if I embrace it that’s just one less thing to get annoyed at”

“And I made my resolution this year to not let things bother me so much, so if 2019 the date wants to frustrate me I’m just gonna tell it to get in the queue”