Well this weekend marks the 18th annual Splendour In The Grass Music!

The iconic arts and music festival kicks off today at North Byron Parklands in the NSW Northern Rivers and is expected to host more than 30,000 people of all ages and backgrounds over the three-day event.

However, with the population of Byron Bay expected to triple over the course of the weekend, it is hard for every single middle management type in the country to nail the ‘free spirit’ look at the same time. Especially when you are also trying to smuggle drugs into the event in a double knotted condom stashed either inside your underpants or further up your abdomen.

With help from the world-renowned stylists at Betoota Outfitters, we have put together a simple list of outfit ideas to help you achieve that ‘back-end-of-winter’ festival style, while also looking inconspicuous enough to get past the sniffer dogs.

1. The “I Came Here Directly From Newtown”

If you want to look like a wholesome festival goer, dress like your mum would have if she was old enough to go to Woodstock. The long floral dress, the felt hat, the doc martins.

It’s not not the type of outfit worn by someone carring just a bit more than the legally defined amount ecstasy to warrant ‘personal use’ inside their vagina.

It’s a look that would have train guards swoop on you in the inner-city, but in Byron this weekend it’s gonna be one of the more modest looks going around. 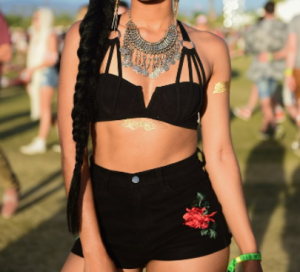 Nothing distracts the fuzz quicker than a bit of skin, especially if the only thing the cops can bring themselves to say is “you must be cold” – by this stage they have already dropped the ball and have come across as far too sleazy to then ask if you can cough and squat in front of the dogs.

This little number will make for a generally unpleasant day out in the windy parklands, but it’s one of the safer bets you’ll find.

3. The Culturally Insensitive But Oh So Unique 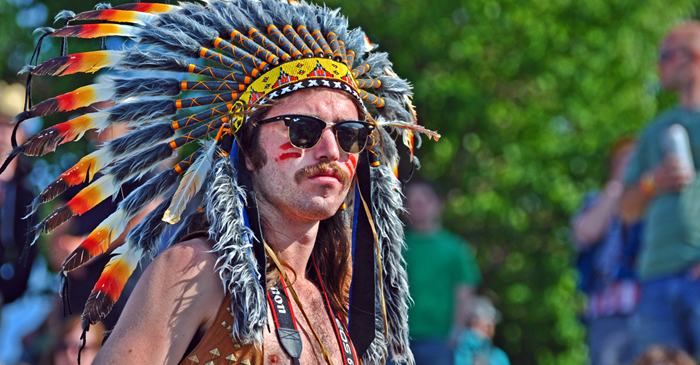 Similar to number 2, this outfit is one that will distress security guards who aren’t worldly enough to realise that you aren’t actually Native American and don’t know if they should be seen searching through your outfit.

While it is a horrific example of cultural appropriation and quite a bizarre circumstance to be borrowing from sacred Indigenous rituals – the only people less in touch with non-Anglo cultures of the world, other than you, are drug police.

Aside from the tried and true Native American headpeice, other outfits enjoyed by privileged white festival goers include the East-Asian bindi on the forehead, or the henna tattoos down the arm. 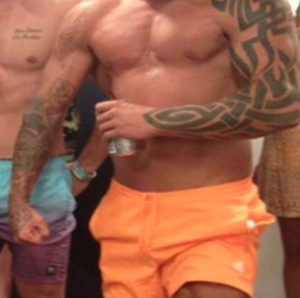 While the shirtless-sleeve-tattoo-short pants outfit has developed quite a stigma at music festivals in recent years, it is important to remember that this is exactly what police officers look like in their spare time.

With the rise of body art in the police force, and a revolutionary gym culture taking over young Australian men – the ‘Roid Boy’ could actually be an off duty cop – and therefore less likely to get pinched.

Just make sure you don’t go too far down the rabbithole and start coward punching people. 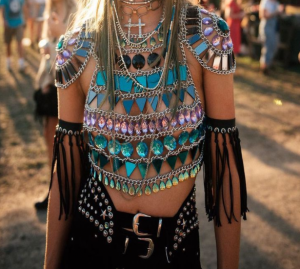 Some people really like going all out – to the point where they can be confused for some of the actual performers – and if you are putting that much effort into your outfit it says one of two things to security.

2. This person has put in far too much effort to bother taking drugs in.

So there you have it, a fool-proof way of getting your marijuana or pep up tablets into a festival that was always going to be better enjoyed alongside them,

Thanks to our stylists from Betoota Outfitters, who know a suspicious amount about this topic. Visit their store today: www.betootaoutfitters.com