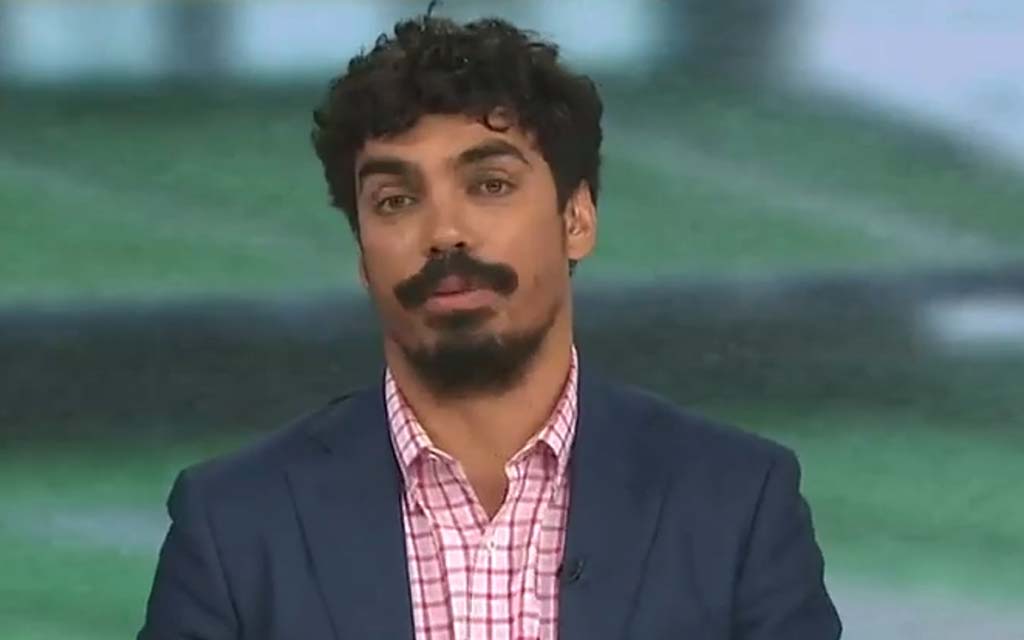 Australian sports presenter Tony Armstrong had to size up a formidable lineup this morning, preparing to conquer what can only be described as the most intimidating sports report on the planet.

Packed with an assembly of Slavic names that would break the jaw of many unprepared journalists, it’s understood the popular ABC News breakfast presenter was ready to achieve a personal best in the art of surname pronunciations.

Featuring names such as Barbora Krejcikova, Andrey Kuznetsov and the ever formidable World No. 11 Anastasia Pavlyuchenkova, Armstong told The Advocate he was caffeinated and ready to take on the world.

“I’ve had three espressos and half a Redbull, I’m good to go!,” Armstrong told our reporter from the news breakfast couch.

“I was kinda hoping Pavlyuchenkova would be kicked out by now, but as they say, “God gives his hardest challenges to his toughest soldiers”.

Whilst staring into a dusty ABC teleprompter that hasn’t been upgraded since the 2004 Olympics, Armstong generously shared a few training secrets that continue to keep his articulacy in tip top shape.

“Yeah I start with a few tongue twisters in the green room, then a little bit of face yoga…”

After almost a year leading sports breakfast on the ABC morning show, Armstrong admitted it was sometimes the least complex reports that cause the most amount of drama.

“No matter how many extras you put in, sometimes you just can’t pick it…”

“I mean the whole Tim Paine ‘Bulging Dick’ slip up was a classic, but hey you’re only human right!”

“Now get outta my way, Marketa Vondrousova is coming up and there’s no way I’m letting a rogue vowel put me off!”