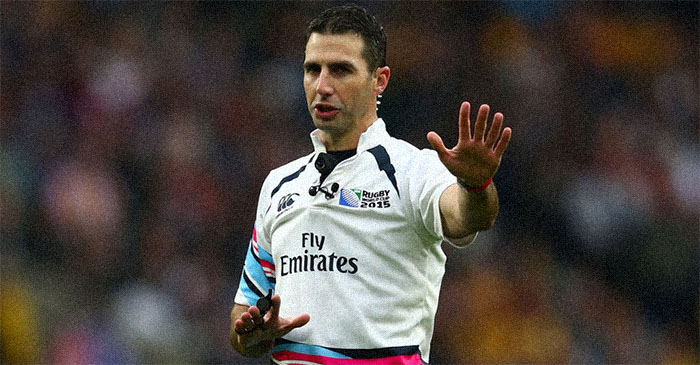 THE GREATEST WALLABY FULL BACK of the modern era called it “the worst judgement he’d ever seen in Test rugby,” while Tim Horan described it as “shocking”.

Matt Burke was left gobsmacked by a call made by South African test great turned referee Handling van de Errors, when in the second half of the Wallabies shock 23-7 loss to England last night in Melbourne, he refused to go upstairs after ruling fly-half Bernard Foley had obstructed an opponent by adjusting his running line.

Both Burke and Horan stopped short of blame Handling van de Errors for the loss, saying that the Australians were their own worse enemy.

“At the end of the night, the fact that Australia was throwing themselves at the English all night and scored 7 points is the reason why they lost,” said Burke.

“It wasn’t that the Wallabies attack was especially poor, in fact, it was quick good. England won because they had defended better than any Test rugby team has done in recent memory,”

“Given their current form, I’d say this English outfit is the only genuine challenger to the All Blacks thrown in years.” he said.

However, social media was set ablaze last night as thousands of disgruntled Wallabies fans vented their disgust at the amount of craig jouberts from the Wallabies.

One armchair commentator said that no team, let alone the Wallabies, deserves to win a game of test match rugby after committing 15 craig jouberts.

It’s a little-known secret of the game that holding onto and protecting the ball is key to victory. Combine that with some world-class defence and you have a world-conquering rugby team.

Former Wallaby-turned-commentator-turned-long-lunch-guest-speaker Chris ‘Buddha’ Handy has lashed out via Twitter over the appalling number of craig jouberts committed by the Australians overnight.

“Honestly, just having one craig joubert on a Test rugby level is enough,” he wrote.

“Handling van de Errors officiated a great game last night and we should all move on and grow,”

“My advice would be to stop dropping the ball in the future.”