Basketball fans around the world are still reeling today, after revelations that one of the best players in the NBA might have a bit of an ego.

The breaking news comes as former Number 1 Draft Pick Ben Simmons continues to drag his heels in Philadelphia and refuses to commit to the 76ers NBA team.

The request to leave a team he doesn’t want to play for has shocked many basketball fans, who apparently weren’t aware that a man who was told he was the heir to LeBron James’s Throne, might think he’s a pretty big deal.

“Fuck, who’d have thought an NBA superstar who dated one of the most famous women in the Western World would think he’s top shit,” said one local basketball fan today.

The shocking revelation comes after Simmons unsuccessfully demanded a trade over the off-season and refused to train with the team until this week.

After eventually returning to training, when he received a 1-game ban and was kicked out for not being too keen to rip in.

With few teams unable to match his current 170 million dollar 5-year contract and offer up a suitable trade, it looks as though the whole saga might drag out for a little bit longer.

“Who does this bloke think he is,” said the local basketball fan who can’t understand why Ben might have a slightly different perspective on these things than him.

“It’s like it’s gone to his head or something” 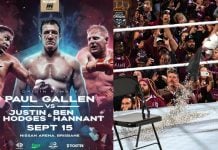