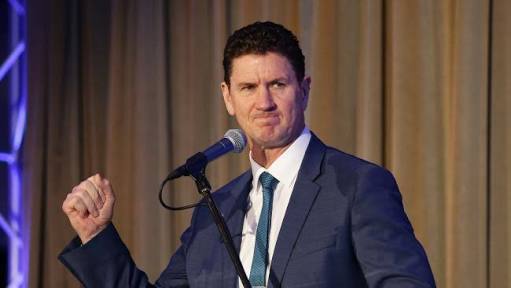 Cronulla Sharks CEO Lyall Gorman has confirmed Chairman Damian Keogh stepped down from his role as chairman in what he labelled a “very challenging, very disappointing day” for the sport – which can be loosely translated as:

Mr Keogh is believably in talks with French rugby club, Toulon, also known as ‘De Rugby League Délinquant’ Academy – where it’s believed he will sign on as an execeutive of some sort.

“We look forward to having him” said one French rugby official.

“We’d love to see how well the coked up chairman, chair”