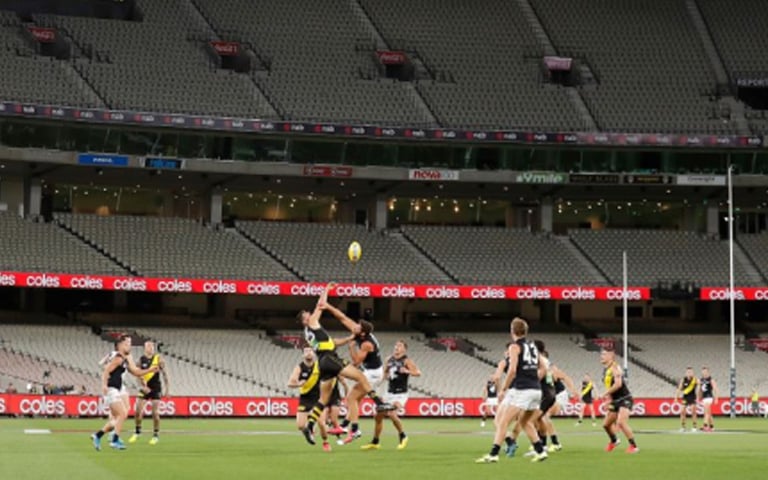 Fox Footy has today confirmed that it will implement virtual crowd noise when the AFL season recommences on June 11, two whole weeks after the alpha NRL kicked off.

The initiative follows a successful first weekend of NRL where ratings were the highest they’ve been since in four years.

It also marks the Victorian game taking yet another leaf from the template provided by rugby league commissioner Peter V’Landys, after AFL CEO Gillon ‘Old Gil’ McLachlan threw his hands up and waited for someone else to solve this crisis for him.

While the virtual cheering has been received well in the rugby league, the AFL says it will have to go above and beyond to emulate the unique atmosphere.

Audio technicians from Victoria and Western Australia are today going through hundreds of hours of AFL matches from late last decade to isolate the booing sounds that fill up stadiums every time a talented and outspoken Aboriginal footballer touches the ball.

“This is a past time that is specific to Aussie Rules” Gillon McLachlan told whatever radio show Eddie McGuire is on today.

“We want to get it just right for the fans. Just because we are playing in empty stadiums, it doesn’t mean that supporters of our game should miss out on one of the most unique elements of a live AFL match”

“The canned booing will obviously be amplified during Collingwood and West Coast Eagles matches. That’s our commitment to the game we love”

Although it is not known if the AFL will go as far as including the weird cardboard cut outs of fans in the empty seats.

“We are yet to decide upon whether the cardboard fans is a good idea” said McLachlan today.

“That’s a lot of cardboard goatees” 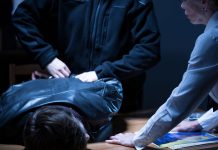