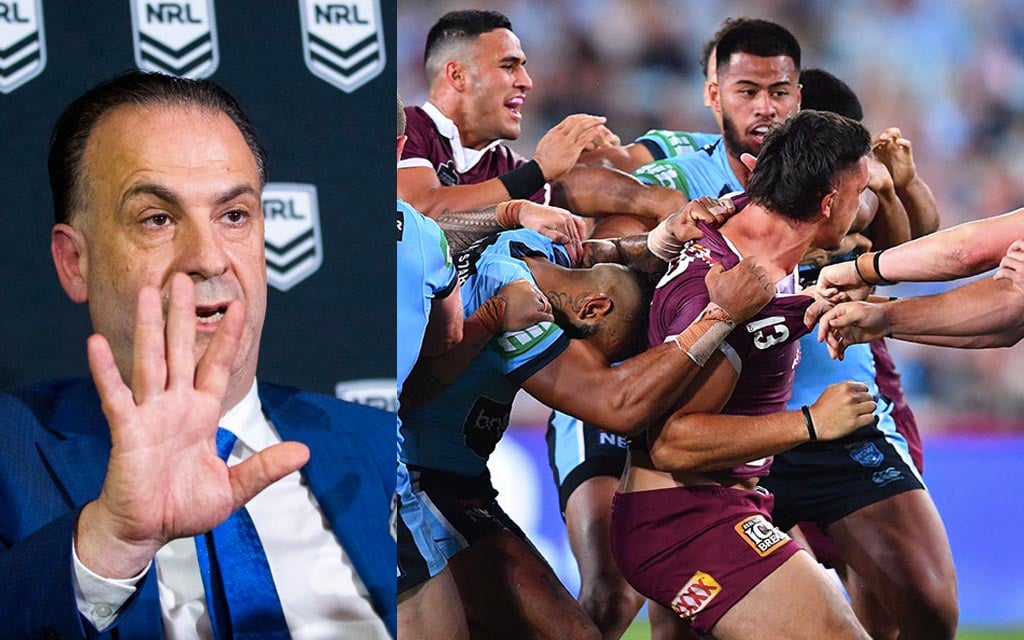 Good news State of Origin fans, the biff is back!

That’s right, with the series opener kicking off tonight in Townsville around 8:50 pm, NRL boss Peter V’Landys has signed off on the boys throwing hands.

With viewers baying for some structured violence in the wake of the high shot crackdown, V’Landys has confirmed that the two big boys in the respective forward packs are allowed to dance.

“High shots are still off the table, do it and you’ll be going to the bin.”

“But if those two fellas wanna go gloves off like hockey players, then they have my blessing.”

“There big enough and young enough that they’ll be alright.”

“So, don’t tell me I don’t give youse fans anything alright.”

He then refused to budge when reporters asked if he’d please tell the refs to let some shoulder charges and high shots slide, just for tonight.

Payne Haas is yet to respond.

Big Country has told The Advocate that ‘he’ll be ready to go.’