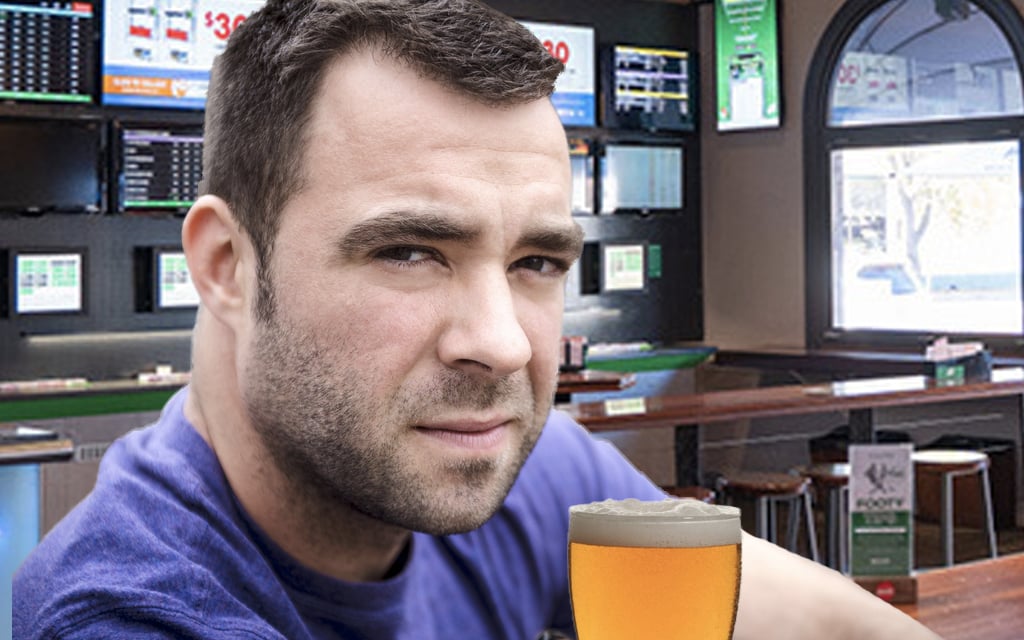 Local Serbian-Australian Zivvy Nikolic (32) hasn’t been this filthy since it looked like Croatia were going to win the last FIFA World Cup.

It’s been 24 hours since his sporting idol was deported from Australia after a messy fortnight of political grandstanding from Prime Minister Morrison, and Zivvy’s Eastern European blood is still running hot.

However, just like in 2018, he insists he doesn’t care as much about this diplomatic row as his foul mood and stiff body language would suggest.

“Mate, I don’t even give a shit” he scowls, after a light ribbing from some of his mates at the Betoota Flight Path Hotel this afternoon.

However, despite the brave face, it’s clear that the treatment of Novak Djokovic has deeply affected Zivvy – whose entire self-worth is underpinned by the 34-year-old Serbs on court successes.

Like 100,000 similarly jilted Slavs who make up the Serbian diaspora in Australia, Zivvy is struggling to let go of the fact that the Morrison Government has decided to scapegoat his motherland for cheap political points.

“I just think it’s a shit go that we miss out on watching the best tennis player in the world” says Zivvy, as he slowly transforms into full blown Serb.

“Because he is mate. I don’t give a fuck what stats you wanna pull out of your arse. In 2011 he won 41 straight matches”

The rest of Zivvy’s mates sitting around the table in the TAB can see a dummy spit coming on, so they decided to poke the bear a little more.

“Yeah but he’s not the only bloke to have done that” says the chief shit stirrer, Wal.

“He’s only nabbed five ATP Finals titles, and a record 37 ATP Masters titles. The only male player to have won all nine of the Masters tournaments, and has done so twice. He was also a bronze medalist at the 2008 Beijing Olympics and is the only male player to win each GrandSlam, all Nine Masters and WTF events at least twice or more… Yeah he’s shit aye. That’s why he’s ranked number one in the fucking world”

The boys reckon they’ve got one more sledge left before Zivvy goes nuclear.

“Mate. He’s good. There’s no denying that. But like Nadal?” says Kev.

The kettle has boiled.

“Fucking what? Are you fucked in the head?” says Zivvy.

“He’s won 86 ATP singles titles, including a joint record of 20 Grand Slam singles titles, tied with Federer and Nadal, a record that he was going to surpass at the Australian Open if it weren’t for those fucking happy clappers in Canberra”

“I don’t even care mate. I’m cheering Barty. But don’t tell me Novak isn’t the greatest to ever live”

“Just shut the fuck up about it”