While we have seen the last professional game of Rugby League on home soil for the year, the stories from the code keep on coming.

With the Maroons led by their talismanic off-field captain Cam Munster at full send right now, the Blues are licking their wounds and taking some well deserved time off.

However, one of the Blues key players isn’t just resting up for next year, with Josh Addo-Carr revealing that he’ll be making a tilt at the 2021 Olympics in Tokyo – if they do indeed go ahead.

The sensational code switch comes after Phil Gus Gould’s ringing endorsement, where he declared the Foxx the fastest man on the planet last night.

Gus’ bold call came after Addo-Carr was controversially taken out by Maroons fullback Corey Allan, with a fortuitous bounce awaiting him in the in goal.

The call led to a sin-binning for Allan, but left New South Wales fans fuming, with claims that Addo-Carr had earned his side a penalty try.

With the video ref deliberating, Gus made sure to mention that the Foxx was the fastest man on the planet no less than five times, in a one-eyed plea for a penalty try.

With his sights now set on the pinnacle of world sport, Addo-Carr will set his sights on formally cemented his place as the fastest man on the planet and attempt to take home gold at the Tokyo Olympics next year.

The Storm and Blues flyer confirmed the sprinting quest with us and signed off with his iconic phrase; ‘Let’s Trot.’ 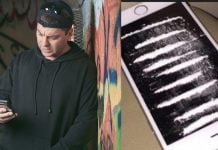 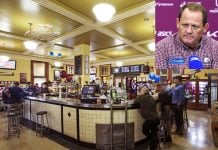