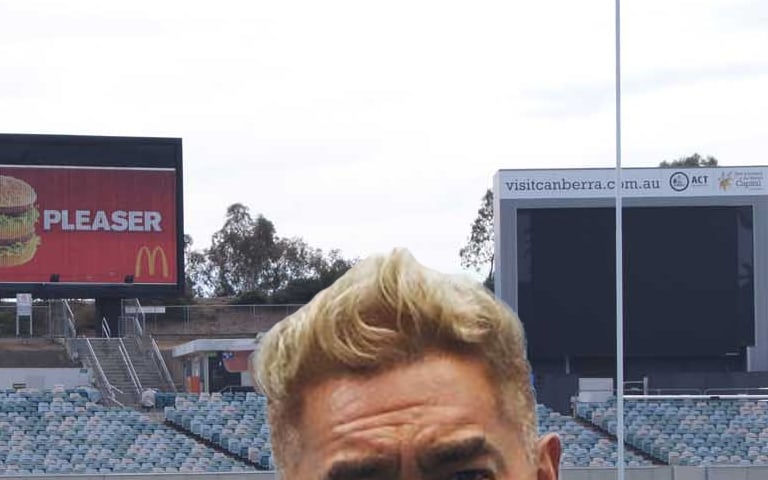 What was recently the haircut of choice for trendsetters on the fringes of Sydney and Melbourne CBD’s, has been swiftly abandoned, after making it’s debut appearance in round 18 of the National Rugby League.
Barber shops throughout Fitzroy and Newtown were booked solid after Channel 9’s NRL highlights reel showed a young recruit breaking through the line of defnece defence sporting a heavily peroxided mullet-style haircut.
“They’ve killed another one” said Ari Jones, a graphic design intern for a semi-popular music blog. “Now I have to wear my legionaires hat until I can get into the hairdressers”.
“TBH I could see it coming though. Once a hairstyle hits The Voice, you only have a few rounds of NRL to get rid of it before it shows up on a referee. And if it hits the cricket your in serious trouble”.
Raj Mahoney, who, along with his brother Quincy, runs the hip Sydney barber shop Mahoney, Mahoney & Co. has also commented on the footage. “For the real people who like to stay on fleek” said Raj, “It’s always upsetting when a haircuts popularity hits the western suburbs. You know it’s had it’s day”.
“We’re not complaining though” Quincy chimed in. “Though we still have a huge stock of peroxide. Maybe we can cut a deal with Fadez or Culture Kings” he said.