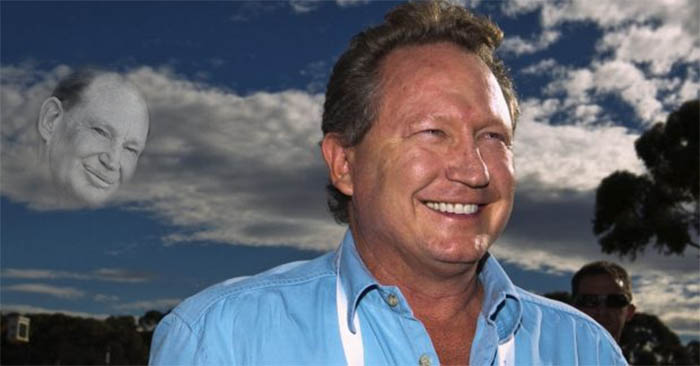 Moments after Twiggy Forrest concluded a press conference this morning where he announced he’s planning his own ‘rebel’ rugby union competition in light of the Western Force being cut from Super Rugby, the ghost of Kerry Packer emerged in the sky and smiled down on him.

The philanthropic mining magnate announced he’ll start a rival rugby competition to Super Rugby similar to the IPL cricket championship that will guarantee the future of the Force.

Speaking to The Advocate through a local spirit medium, Mr Packer said he was happy to see another billionaire give something back to the punter.

“Good on him for going rogue,” said Kerry.

“Seeing a bloke back himself against the establishment is just the best. Reminds me of me crushing the old cricketing guard. Shit I crushed them,”

“Anyway, I wish the best of luck to our new little ‘rebel’ Twiggy and good on him. Ciao.”

The medium then collapsed and writhed around on the floor speaking in tongues.

At the press conference this morning, Mr Forrest said today marked a bright new dawn for the struggling football code, which has waned in popularity recently.

“If you look at it this way, it’s a big fuck you to the ARU and every cunt involved in it,” said Forrest.

“This is what happened with cricket. I’ve got money coming out my fucking ears and I love the Western Force more than Tame Impala or a cold Export Tin on Rottnest,”

“I’m doing this because I love rugby more than I hate the ARU.”