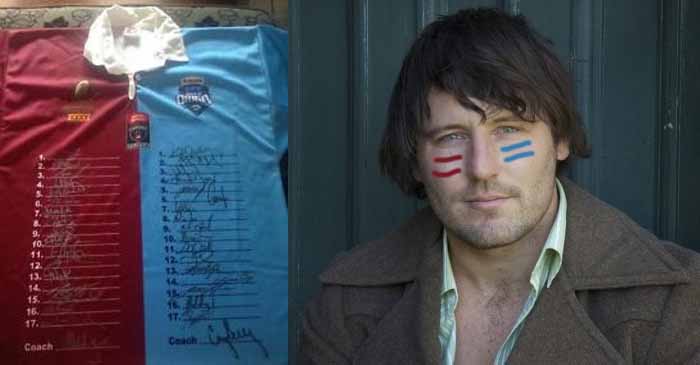 A Belconnen semi-professional scooter athlete is relieved one of his State of Origin teams won last night as the prospect of going into work this morning after his team lost, he says, would’ve been too much.

Greg Kelso, a part-time sandwich artist at Canberra Airport’s Subway, revealed to The Advocate that he was pleased with the Blues’ emphatic victory last night in Brisbane and that it heralds a new beginning for the former easy-beats.

“Last night was one of the most electrifying games of rugby league football I’ve ever seen. Glad the mighty Blues came out on top, but. I couldn’t deal with another year of Queensland dominance. God, I hate the Maroons!”

However, after scrolling down his through his various social media platforms, our reporters were able to discover that Mr Kelso changes his State of Origin alliance more often than Labor changes a prime minister.

Just last year, the dyslexic Capricorn was spotted in a melee outside a popular Canberra Civic nightspot in a Maroons jersey.

Though he escaped a conviction, the year previous to last he was again spotted sporting a Blues jersey after they broke the 8-in-row run in 2015.

“That was not me, that was my brother,” he explained.

“He was born in Queanbeyan.”