A proud New South Welshman is gearing up for the world’s most bloodthirsty sporting contest this evening, by sipping back a few fruity craft beers and browsing Depop.

Sitting in the lounge room of his two storey terrace in the backstreets of Newtown, young Henry Hobson is reported to be amping himself up to enjoy a working class brand of football he never played, because he went to a sandstone private school.

Blowing the froth off his second American style, sessionable IPA whilst wearing a new vintage Blues jersey he purchased from the Glebe markets for $300, Henry told The Advocate he was pretty fired up to watch the NSW Blueys play Rugby League.

“Biggest game of the season bro, we’ll crush those Queenslanders!”

After attending several Henson Park Beer, Food and Footy Festivals, it’s understood Henry’s love for Rugby League has evolved to hosting “a few of the boys around” to share Grainwaves in front of a cracked plasma screen TV his share house hitched off the side of the road.

Opening the Church glass stained front door of his Newtown house and welcoming inside several of his moustached mates who are all sporting King Street mullets, The Advocate witnessed the beginnings of one of the most piss poor Origin parties ever seen on the East Coast.

Tucking up on the coach with his mates and placing a blanket over his toes to keep his footsies warm, it’s believed tonight Henry even declined the offer of free seats at Olympic park due the four hour commute on public transport required to attend the venue.

Shushing up his mates before kickoff, Henry’s believed to have really gotten into the NSW’s spirit by turning the TV down in effort to not wake the neighbours. 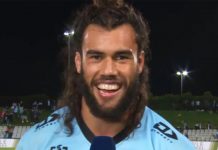 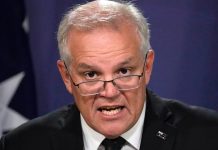