A local outside back is not helping himself this afternoon it’s been confirmed.

That confirmation came after Bedourie Bulldogs number 14 Blake Ashfyord donned the full-length leg and arm skins in an incredible display of self unawareness.

Short of falling on his knees and begging the home Betoota crowd to berate him non stop for 80 minutes, Ashfyord was seemingly doing his best to humour them.

Already asking for trouble by playing on the wing, in full-length skins (an outfit that is heavily frowned upon in the Southern Hemisphere) Ashfyord then, unfortunately, dropped a spiralling torpedo bomb inside his own half early in the piece.

That mistake sent ‘The Hill’ watching on down at Betoota Oval into meltdown, with plenty taking the opportunity to roast the young man.

“What do you eat with Winger?” screamed one local, beginning the barrage of sledges that aimed at the winger on their side for the first half.

The calibre of those continued and very generic sledges then slowly disintegrated until the opposition centre tried to punch a Betoota Dolphin and attention then focused on him.

The skinned winger was unavailable to comment after the match as he was trying to back up for 2’s and thought we were just trying to belittle him too. 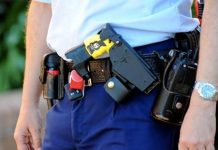