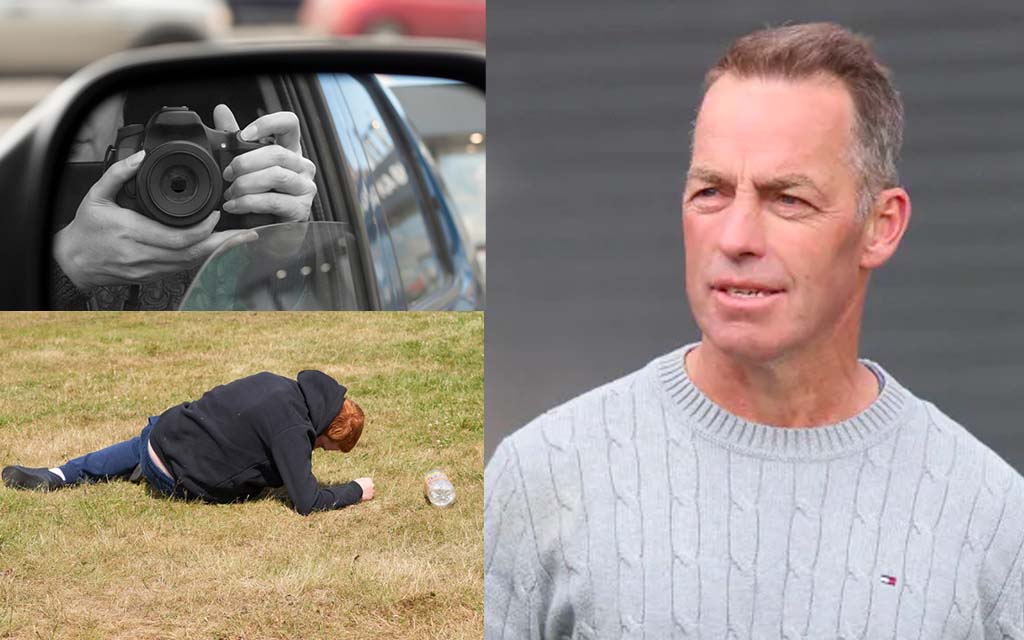 A Melbourne-based AFL journalist has today collapsed in a heap.

Riddled by exhaustion, Jackson White-Guy apparently passed out on the street just outside the Herald Sun’s office in Melbourne.

White-Guy has been taken to hospital but is believed to be in a stable condition, according to the nation’s most trusted newspaper.

The gun young journo whose dad is high up at the AFL apparently dropped after being told to stand down on the tailing of Alistair Clarkson.

For every hour in the last 17 days, the young go-getter had been tasked with following the former Hawthorn coach’s every single move.

From sitting outside his house every night to following Clarkson to the shops, White-Guy proudly told his superiors he hadn’t had a wink of sleep.

That was until this morning.

For those who don’t follow Victorian Leg Tennis, Clarkson had been engaged in a massive tug of war between the drug cheats at Essendon and the perennial losers at North Melbourne.

After what seemed like an eternity, Clarkson has committed to signing with North Melbourne, with their long-suffering fans hoping for a couple of wins in 2023.

It’s also come as a huge relief to young White-Guy who now can have a sleep after following Clarkson’s every move for the last 3 weeks.