A campaign by Coogee residents, in Sydney’s eastern provinces, to erect Irish Gaeilge street signs has won over local council this week, heralding a new era of acceptance in the region.

Donagh Moloney, originally of Letterkenny in the Irish Republic, emigrated to Australia in the early 1990s and has called Coogee home since then.

However, he noticed that a number of his countrymen had also made the antipodal jump Down Under – but hadn’t the English skills to navigate around County Coogee without having to stop and ask for directions.

“While we’ll always consider ourselves to be Irish, we love it here in Sydney,” explained the 39-year-old builder.

“But not all of us had the same opportunities to learn English as youngsters. While folk like me did have the chance, there were plenty of young Irish my age who know more about making pipebombs than they do about speaking the Queens,”

“So this is why I started the campaign for the Gaeilge street signs. To help the fresh arrivals. To help my people feel more at home.” 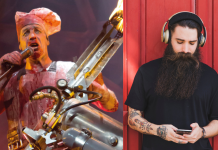 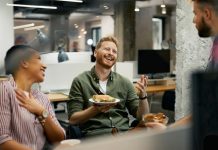