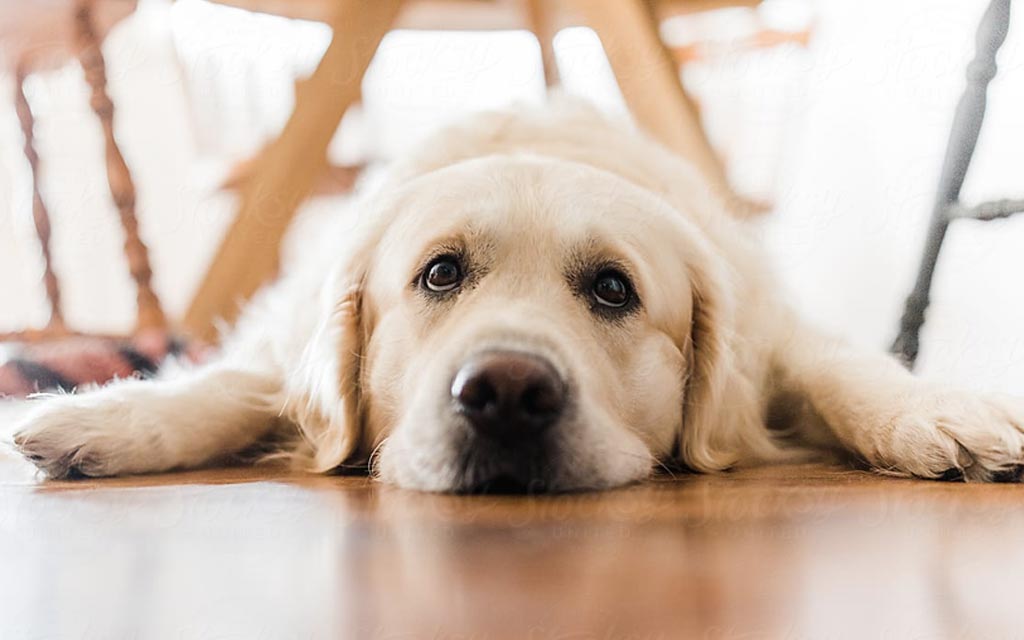 He goes for regular walks – at least three times a week – has the best pet food money can buy, and even gets treated to a monthly wash and clip at the Betoota Heights ‘LA Dog’ grooming salon.

If that’s not enough, he also has a companion to play with when his owners aren’t home, ensuring that he never has to spend a moment alone in his large backyard. A backyard filled with bones to chew on, and multiple comfortable couches to sleep on.

But you wouldn’t think he had such a good life with the number of sighs Oscar huffs out on a regular basis – a habit he’s surely learned from one of the home’s teenagers.

It’s unknown if Oscar puts on this little display when his owners aren’t around, but he sure manages to let out a big dramatic sigh whenever they’re within ear shot. Which is rich, considering he doesn’t have to work or pay taxes.

Pairing this theatrical performance with a few side-eyes in his owner’s direction, it’s evident that the trick has worked when his owner begrudgingly gets off the couch to deliver a head scratch – a token of love that is immediately met with a happy thumping of the tail.