With Spring around the corner, one Betoota Grove mother has made it abundantly clear that the winter chill is not going to stop her from bringing the Bougainvillea into line.

This comes after two long, dark months finishing off the long awaited pergola out the back.

However, a month of incessant rain between bouts of crisp July sun, has really lit a fire underneath the thorny ornamental vines hanging off the garage.

“What do you reckon?” she asks.

“Looks like bush week around here. I’m so embarrassed that the neighbours have to see that every morning”

With a pair of razor sharp secateurs in hand, and a marathon of sixteen different Chat 10 podcasts loaded up into her trusty iPhone 4, the family matriarch is about to do more damage to the surrounding flora and fauna than the 90 million litres of Agent Orange dumped into the North Vietnamese wetlands during the American War.

“Should we organise a skip bin?” she asks dad, while applying sunscreen.

“I know that might sound a bit dramatic, but I know for a fact the compost won’t be able to hold all of this”

“Anyway. If anyone wants me I’ll be out the front with the headphones in”

“But first, does anyone want a sambo?” 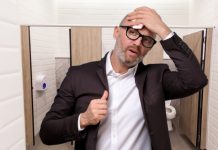