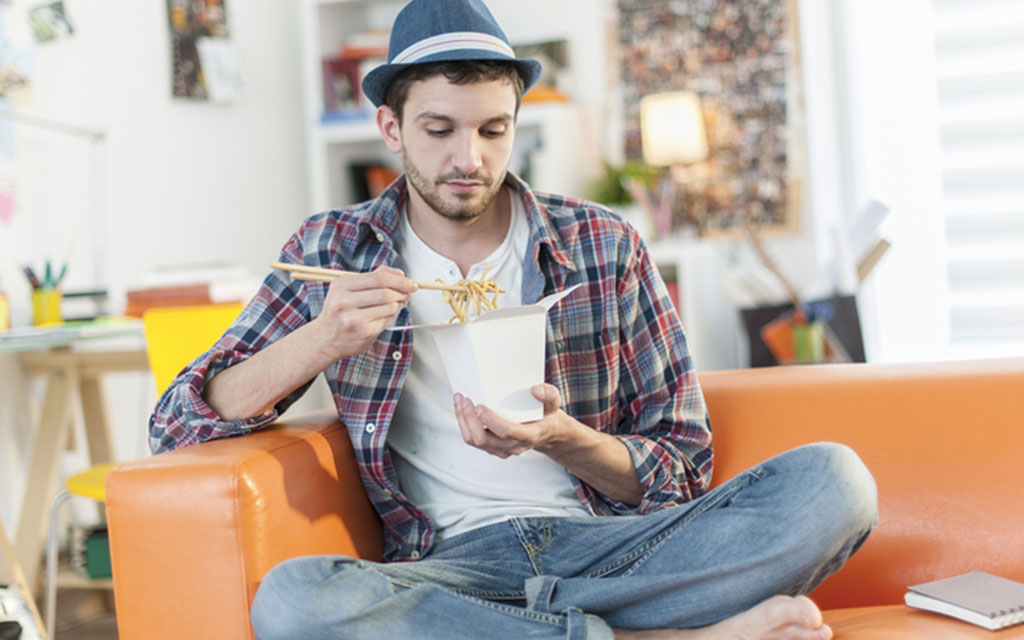 Takeaway orderer Fergus Bromwich (34) is wondering what in the world he has done wrong after his Chinese food arrived without any bonus prawn crackers.

At approximately 6:30 pm, Bromwich decided to celebrate the weekend by having a few beers and eating dinner in front of the TV by himself, but with the notable exception of spending his disposable income on paying someone to prepare the food for him and deliver it to his door.

Feeling spontaneous, Bromwich picked up his phone and ordered the exact same set of meals he orders every time someone is mean to him at work and prepared for a sensational night of solitude.

However, his anticipation for his pathetic night in was short lived as his bachelor’s banquet arrived without any bonus prawn crackers.

“I was going to eat half now and save the rest for tomorrow. Plans are ruined”

As Bromwich delighted the areas of his tongue that respond to MSG, he offered several possible explanations for why the staff at Betoota Gardens Chinese had denied him complimentary prawn crackers.

Bromwich is yet to recieve a statement from Betoota Gardens Chinese regarding the missing chips, so for now it appears he’ll have to eat his culturally mishappen meal without the tasty joy of a miniscule deeo fried fitted sheet with an ingredients list no one knows with certainty.