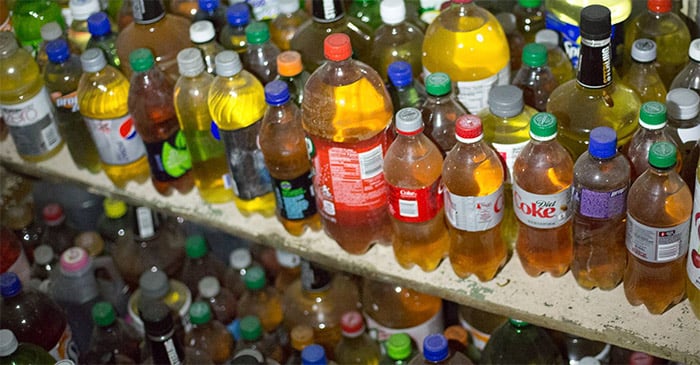 A serial piss taker has faced Betoota Local Court this afternoon after police discovered over three hundred separate bottles of piss in the bedroom of his West Betoota home.

Charged with four counts of gross indecency and obstructing a police investigation, Glenn Porter, 32, pleaded not guilty to all charges, telling the court that what he’s doing is not against the law.

Mr Porter was denied bail shortly after producing a bottle of his own urine from the inside pocket of his coat before the court.

Recoiling in disgust as Glenn took the lid off the Fanta bottle and began pouring the piss on the courtroom floor, Magistrate Botha’s decision to deny bail was unchallenged by the defence team.