There’s just something about little trinkets and jars that seems to ignite the hunter and gatherer roots in local woman Holly Ellis.

The former party girl reports that she’d experienced quite a shift in personality after turning twenty-five.

Swapping her seven-inch pumps for a pair of ballet shoes, and her bedazzled clutch for a leather tote, Holly says she hadn’t realised she had started nesting until she created a Pinterest account for bedroom inspiration.

That, and she was genuinely looking forward to visiting Pillow Talk.

“I’m thinking of going for a minimalist theme”, says Holly to our reporter, who too has a Pinterest account devoted entirely to bed linen, “I reckon black and white furniture but with pops of colour, like an orange painting or something.”

“And a fuck ton of fairy lights. I want my room to have a gentrified suburb meets a newly divorced mum getting her groove back kind of vibe.”

On top of chucking out her wine soiled doona and adding in a couple of succulents, Holly is also finally doing something with all the mason jars she’s collected over the years – all thirty-seven of them, to be exact.

“I’m going full boujee. Jars for everything. Mini terrariums, candle holders, drinking glasses – This one can have some seashells on it.”

Pausing to admire one of the larger jars, Holly adds that she might put some sand and rocks in it, because fuck it, it’ll look good. 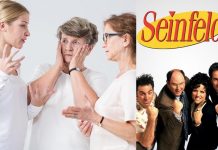