Except now they are only asking for cash, in an effort to drag out JobKeeper for as long as they can – while they squirrel away some savings out of fear that they could be shut down again at any moment.

That, as well as the fact that no one is allowed to dance just yet, unless they are walking to and from their seats to the bar.

With this brave new world of COVID-normal, where nightlife venues are back open, the music is now playing an even more integral part in the experience of the seated patrons.

This means a lot more conversations with the alpha females in charge of organising the various hens parties that have been waiting for the bars to re-open.

Local DJ Menass2Societee says the behaviours of the control freak maid-of-honour has not changed.

“In fact, they might have gotten worse” he tells our newspaper.

This reached a pinnacle over the weekend, as Menass2Societee says he was interuppted halfway through his Pop Smoke megamix to play the entire tracklist of Beyonce’s third studio album I AM… SASHA FEIRCE.

“They wanted every single one”

While most DJ’s usually take this kind of exchange as an opportunity to feign offence at being asked how to do their own job, Menass says that in these unprecedented times, he’s giving the people what they want.

“I gave them the whole lot” he says with a wink.

“There were a lot of tears. A lot of hugging” 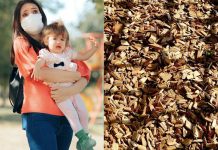