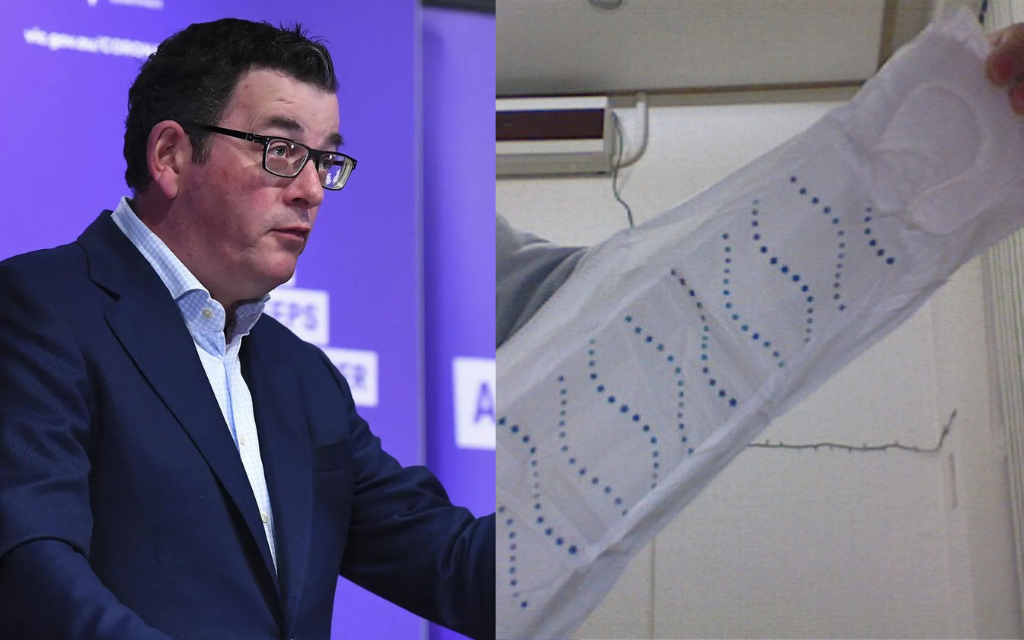 Despite angering many grown men (piss babies) on Twitter with his promise to provide free pads and tampons in public spaces, Victorian premier Dan Andrews has gone ahead with a premature celebratory bulk order of feminine hygiene products, with plans to fire them out of cannons on election day should his party win.

This is to help address period poverty for people who have financial constraints that make it difficult to access sanitary products, and to provide emergency sanitary products for those caught out.

Though this could well and truly just be a way to help win the women’s vote, the consensus from angry men on social media tends to be venture into the ‘but what about men’ argument, or asking Andrews to provide free toilet paper or food instead – or free penis extensions, as councillor Steve Christou tweeted, who for some reason has that on his mind.

However, as a true testament to the saying ‘it’s the thought that counts’, Andrews has unfortunately pulled the ultimate dad move and ordered half a million jumbo sized wingless pads and super tampons that are so large, that some of his female staff has questioned where on earth Dan could have ordered them from.

“What do you mean, too large?”, asked a confused Dan, “surely you want as much coverage as possible?”

“Wings? What are wings?”

In addition to plans to open 20 comprehensive women’s health clinics across the city, the nation’s women are also asking if he can chuck in a green whistle for IUD treatments while he’s at it, as those hurt like a bitch.