Chamomile Dando-Hobbs (3) is in serious trouble, not only with her parents but with the unstoppable forward march of time.

This morning, Chamomile woke her parents inside their Betoota Parklands tiny home, loudly screaming about something her infant vocabulary didn’t have the depth to clearly articulate.

“She is carrying on like it’s her first lifetime,” stated father Purelove Dando-Hobbs as he plaited his ponytail and beard into one carbon-neutral braid.

“My parents always used to scold and hit me when I would express my anger. Absolute aura killer. So what my partner and I do when Chammy cries is hide from her until she stops sobbing. This sometimes takes hours but is worth it for her innerwellness.”

The absence of a TV in her household is reason alone to call DoCS, but young Chamomile may be reacting to the fact that her parents have chosen not to get her vaccinated meaning her tantrum could very well be a midlife crisis.

The anti-vaxx movement rose to prominence in the ’10s when it was promoted by reputable sources such as Jim Carrey’s ex and the sorts of people who have fallen for more than one pyramid scheme.

“Would you rather your child have a short unvaccinated life or a long autistic one that is tracked by the government?” asked Purelove, as he ignored his daughter’s screams in the 3ft space between his vege hydrater and bed.

“You need to think before you judge me; a man who is putting the life of his own child, as well as children who can’t be immunized, at risk. The fact I am judging you for injecting poisonous Bill Gates juice into your veins should not factor into it, especially when you haven’t even done your own research like I have.”

Thankfully, the remainder of what Purelove had to say was drowned out by the aching screams of his only daughter who may have been upset about the loss of her body positive human-doll or the fact that she is halfway through her life and has never owned a sports car. 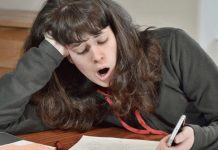