What was meant to be a friendly conversation has intensified to shouty levels after one mate asked the other to “calm down” despite knowing full well it would escalate things.

During a bloody lovely drinking session wherein the first empties are turned into the ashtrays that will be filled to the brim by evening’s end, two of the partiers came to blows after the topic of Australian outlaw Ned Kelly was brought up.

Raised in an Irish Catholic household, William Murphy (27) did not appreciate when police officer friend Devon Campbell (30) referred to the fabled bushranger as a ‘criminal’ despite that being exactly the thing he is famous for.

“He was fighting against the system,” stated Murphy, citing every semi-fictional account of Kelly to exist.

“The coppers mate, they dragged him by his scrotum, so what if he shot them, wouldn’t you kill someone who groped your sister or are coppers not corrupt anymore?”

Following the accusation of being a corrupt cop, Campbell took the high road in the most minor way possible, by uttering the two syllables he knew would take the night up a notch.

Witness accounts from that point vary greatly, with some stating Murphy flipped the table to gouge at Campbell’s eyes while others insist Murphy became bullet-proof before slipping unseen into the almost visible sounds of his extreme rage.

“I AM CALM YOU MEASLY LITTLE FUCKHEAD! AT LEAST I’M NOT THE ONE TALKING ABOUT SOMETHING I KNOW NOTHING ABOUT!”

“When was the last time you burnt some people’s mortgage papers mate? Fuck you! FUCK YOU!” 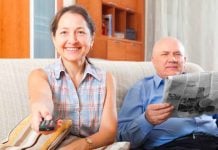 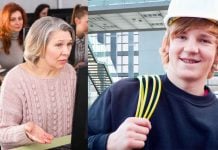