Local fuckboy, Dennis Merrill (28) has felt the warm breath of Haedes down his spine this evening.

After a rocky break up with an on-again-off-again girlfriend, Dennis and some mates thought they’d try their luck chatting up some girls at a local Betoota nightlife precinct.

The fact that his break-up had timed bang on with the arrival of summer does not help his public image amongst the social circle that has rallied around his jilted ex lover.

One thing he did not expect on tonight was to get caught out by his ex Melodie and her terrifying BFF Katie.

However, while Dennis might play dumb to the fact that he has behaved in a way that warrants the ‘fuckboy’ label, it is not lost on those that have been meticulously monitoring his social media activity from a distance that he was never a good guy – even before the break up.

With Melodie’s judge of character clouded by months of gaslighting and white lies, the reality of the situation is clear as day to Katie.

It seems the betrayed ex-girlfriend also could have gone without this unexpected run-in, with the mood of the girls night dropping off dramatically upon seeing Dennis at the other side of the bar with his deadbeat mate and a bunch of random girls.

The bumbling idiot freezes after being caught out moving on a little too quickly after the break-up, and promptly excuses himself from the flirtfest.

He stands up – in preparation to begin awkwardly making his way over to Melodie to talk about absolutely nothing and maybe lie some more.

That is, until he catches Katie’s eyes.

All of a sudden the disco music stops, all he can hear is the haunting but mellow scream of a Roland Jupiter-8 syntheziser – as Katie stares him down like Tony Montana, the infamous protagonist of the 1983 Oliver Stone film Scarface.

Except Katie isn’t preparing to publicly execute a treacherous cocaine supplier – this is something much more personal.

Without saying one word, Katie has made it very clear that it is in Dennis’s best interest that he sits the fuck down and spares Melodie anymore of his bullshit.

He doesn’t exactly take this advice – instead, opting to stay standing, before walking the other direction to the men’s toilets.

At time of press, Dennis was seen clambering out of a busted bathroom window like a wounded Colombian gangster who has just survived a chainsaw attack. 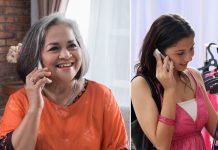 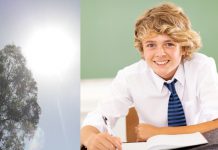 “You Know If It’s Over 40° We Have To Go Home Right?” Says Smart Arse Queensland High Schooler 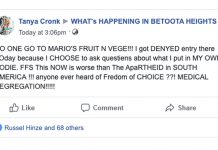 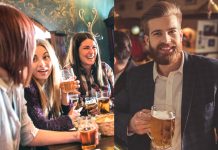 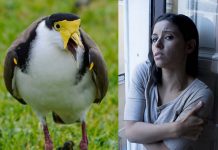