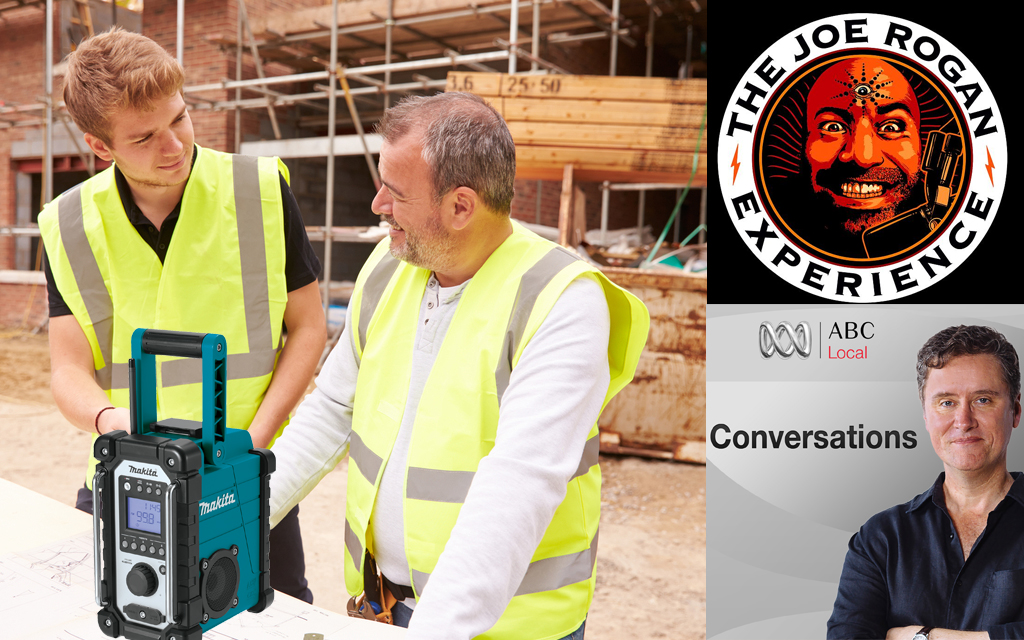 A residential build deep within Betoota’s light industrial Flight Path District has once again hosted a cultural gridlock today, as two generations of tradesmen clash over which dulcet tones should be permeating across the worksite.

The builder, 62-year-old Craig Medlyn, makes no apologies for his 40-years of fierce loyalty to ABC Radio National.

If Craig had his way, Richard Fidler would be playing every minute of the day on the company Makita radio.

Since 2016, Fidler’s ‘Conversations’ has been the Most Downloaded Australian podcast on iTunes Australia – and one of the highest rating weekday radio shows on the airwaves.

“These kids could learn a bit from Dickie” says Craig, who has armed himself with an artillery of general knowledge from a decade of listening to the program – causing him to be an expert in a vast spectrum of Australian history – from bushrangers to the Japanese minisubs.

His apprentice, however, is a textbook Gen-Z mixed martial arts enthusiast who doesn’t mind venturing outside of his comfort zone with obscure diets and experimental psychedelics.

This puts Cameron (18) well and truly in the Joe Rogan camp.

Joe Rogan is the most popular podcaster in the world. He is famous for his high profile guests and for his off-the-cuff controversial opinions on sports, medicine and culture.

The 54-year-old American is responsible for hundreds of thousands of young Australian men taking up the carnivore diet and questioning the intentions of major pharmaceutical companies.

Craig and Cameron’s inability to see eye to eye over what should be playing on the radio is not an uncommon scenario on worksites right across the country.

While Craig could just pull rank and over-rule Cameron, both men are big supporters of ‘listening to different ideas’ and therefore, they both agree neither oracle is more important than the other.

After hours of deadlocked debate, the two of them decide to meet in the middle.

They put on some Ray Hadley and begin educating themselves on how bloody weak the bail conditions are for repeat criminal offenders in Western Sydney.