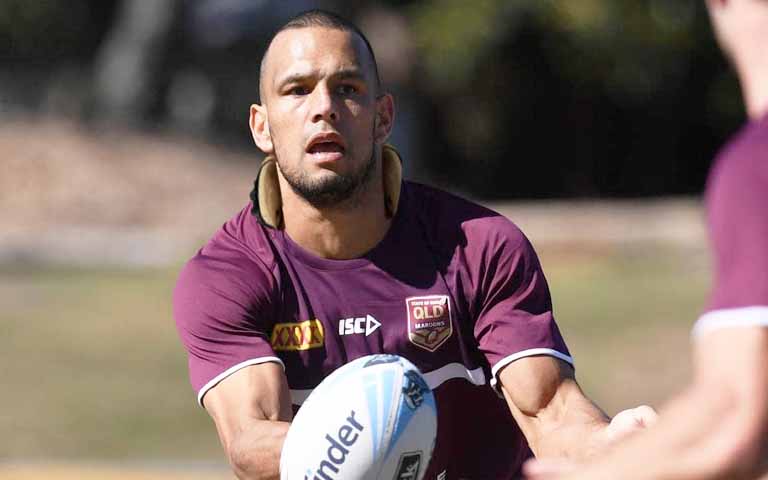 The next era of Maroons dominance looks to be underway, with Kalyn Ponga stepping into the boots of JT and Josh Papalli looking like a combination of Petro and Steve Price.

After an unconvincing series win by the Blues in 2014, and another one last year – the decade of dominance came to a close around about the same time Paul Gallen had closed fists banned from the game forever after his disgraceful dogshot on Nate Myles.

However, despite having none of the ‘Big Five’ playing for Queensland for the first time since 2003, it seems that a new generation may be ready for their very own eight-in-a-row

This comes as Maroons legend Justin Hodges calls on Chambers to turn up a few notches, telling the media that he believes Latrell Mitchell outplayed the Queensland centre last year.

Latrell, one of the new sky blue Ferraris in the NSW backline, alongside Addo-Carr and James Tedesco, have been flagged as the only possible speed bumps in the way of an Maroons win.

That was until the pre-match press conferences this afternoon.

Jogging out on to Suncorp oval for a warm up in front of the press cameras was 10-Origin-game legend Will Chambers.

Strapped to his neck, a Brent Tate neck guard.

“Oh shit” Freddy Fittler was heard whispering under his breath.

Looking every bit the part of as he emulated the iconic Maroons centre that came before him, Will Chambers began warming up with high knees – sending chills down the spines of the Blues coaching staff on the scene,

With Chambers now looking like a 2005-2013 era Maroons executioner, the NSW camp are now in melt down after reports that Matt Gillett was seen walking around Caxton street with a crude ‘Q’ shaved into the side of his head.