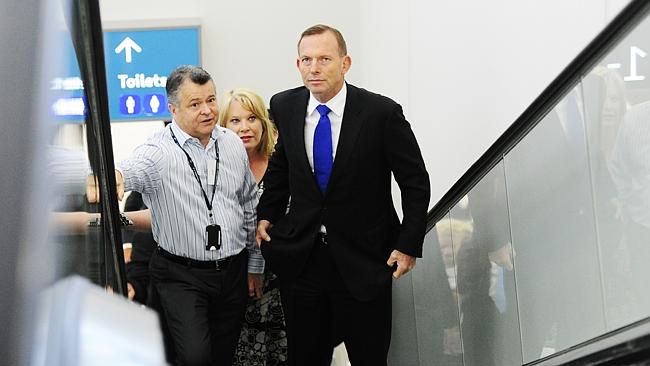 The ABC is reporting that LNP backbencher Tony Abbott has been denied re-entry into Australia.

The Member for Warringah had his Visa revoked by customs at Heathrow Airport today while attempting to return to Australia after speaking at the Margaret Thatcher Lecture in London.

Mr. Abbott’s speech implored Europeans to not let their society crumble by showing anything resembling human compassion towards refugees, saying that: “We are rediscovering the hard way that justice tempered by mercy is an exacting ideal, as too much mercy for some necessarily undermines justice for all.”

It was shortly after these comments that the current Prime Minister Malcolm Turnbull, was urged by fellow members of the now relatively progressive Coalition, to revoke Mr. Abbott’s passport and to ban him from re-entering the country.

Mr. Abbott now joins the ranks of Chris Brown, Tyler the Creator, Troy Newman, and author of ‘How to Molest Women’, Julien Blanc.

“The Australian public do not want people entering this country who will do harm to our unique society and culture,” said the Prime Minister to the Canberra press gallery,

“We do not want or need a man stirring up hate speech and encouraging divisiveness amongst our peaceful community – Mr. Abbott does not represent Australian values.”

The BBC has reported that a frantic Mr. Abbott has been making calls all over London, going as far as to offer his services as a squire to the now knighted Prince Phillip.

He also sought a position in the House of Lords, much like former Australian Prime Minister Stanley Melbourne Bruce, but was told by British PM David Cameron that the House of Lords has a strict “No Catholics” policy.

Last reports indicate that Mr. Abbott has spent a considerable amount of his parliamentary retirement income on paying a local ferryman to smuggle him and his family back into the country by boat.

Immigration Minister Peter Dutton has stated that if Mr. Abbott is caught trying to enter Australian waters he and his family will be sent to Nauru for processing.

“No one knows better than Tony that that’s just a polite way of saying you’re not coming in.”