Prime Minister Morrison has surprised the electorate this morning, by taking the time to address the worries of people that don’t look like they vote for him.

As day-four of the Extinction Rebellion protests continue to shut down the top-end of town, Morrison has revealed that he has ordered his advisors to consult with experts regarding government policy that may ease the concerns of the growing movements.

This week, XR groups in Australia and around the globe have stepped up activities, with an “international rebellion” that, in Australia, has focused on disrupting city centres with blockades and rallies.

Morrison, who has previously written off these protests as young people with ‘needless anxieties’ – has today announced a plan to ease the concerns of activists.

As the man responsible for stopping the boats, the Prime Minister says he’s also qualified to start them.

“The lord giveth, the lord taketh away”, the PM said before briefly talking in tongues.

“Today I announce one of the biggest Australian infrastructure projects since the Snowy River Scheme” he said.

“We will take two of each animal and all the good Christians. Also maybe a few of the immigrants who will build it. Like we did on the Snowy River. As long as they are… You know… the right kind of immigrant”

With a derisive snivel, Morrison went on to declare that he could no longer deny the fact that sea levels are rising, and that life on earth was well and truly at risk of extinction, but refused to say whether or not he thinks this has been caused by man, or simply ‘Him’.

Like its predecessor, which was built by Noah, Morrison’s Ark will have no oars and instead he powered by thoughts and prayers – and maybe a some fracked natural gas from Australia’s Great Artesian Basin, so that the kids can watch reruns from the Hillsong Channel.

“We have a plan” says Morrison.

“This isn’t a new thing. To the hysterical activists out there, I say. Try reading a book. There’s only one you need to read” 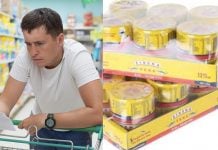 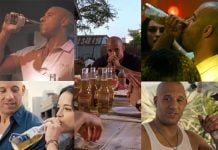